How to crochet Panama

Summer at the beach, perhaps, can not do without three things: beautiful swimsuit, capacious handbags, and, of course, Panama that is not baked in the head. Such a hat can be sewn, associated with needles, but it's much easier and nicer to do it with a hook. Time for this lesson, you will need quite a bit, and the result will not keep itself waiting. 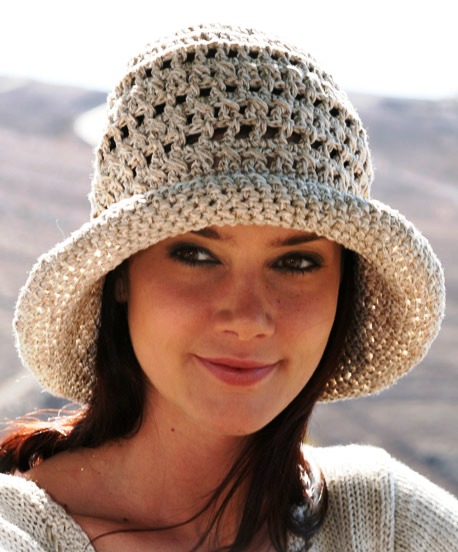 Related articles:
You will need
Instruction
1
To tie Panama crochet, you need to be able to knit air loop, a column without nakida, soedinitelnye column and "crayfish". To get air loop, enter the hook into the first loop, throw in a thread and pull through the loop. For column without nakida, enter the hook in the back loop of the previous row and pull a new loop, grab the thread and provarite two loops together. Connecting SABIC knit. Enter the hook into the loop of the chain, grab the thread and pull it through the loop of the chain and the loop on the hook. Knit lobster step" as well as a column without nakida, but in the opposite direction, from left to right.
2
Start knitting from the top. Link a chain of four loops. Close one connection bar in the ring. Next round knit columns without nakida, about nine rows. From the ninth to the eighteenth series of knit without of increases. The resulting cap, try on the head to tie to the required depth of cap.
3
For fields, perform the addition as follows: one air loop lifting, 35 columns without nakida in the rear half-loop, then add one loop (two column without nakida in the rear half-loop from one loop of the previous row). Further provarite 35 columns without nakida, then one connecting column. The result 74 of the loop.
4
In the next row, make increases every five columns. That is provarite one air loop lifting, then five columns without nakida and add one loop, repeat eleven times. You should have 86 loops. Following a series of knit without additions. And then make a raise every four loops. Without a number of additions and last number provarite lobster step". Your Panama ready. Decorate it with beads or glass beads. Sew the colored buttons or flower associated hook.
5
Moisten ready Panama, and allow it to dry. If you tied the hat from a thin thread, it can be shaped, necropolis. To do this, dissolve a tablespoon of starch in a glass of water, add enough water so that the liquid covered the product. Put his hat and hold it for a few minutes. Put the wet thing on the form (e.g., a three-liter jar) and allow to dry.
Useful advice
Panama can be linked with any openwork pattern, using a suitable diagram.
Is the advice useful?
See also
Подписывайтесь на наш канал