How to shift gears on a truck

Freight cars KAMAZ equipped with two types of five-speed boxes change gear: ordinary intended for use on trucks; and with the divider to equip long-haul tractors working in the composition of heavy trucks. And if the inclusion of steps in the mechanisms of the first type occurs, as in most other similar devices, in the second case, there are some nuances. 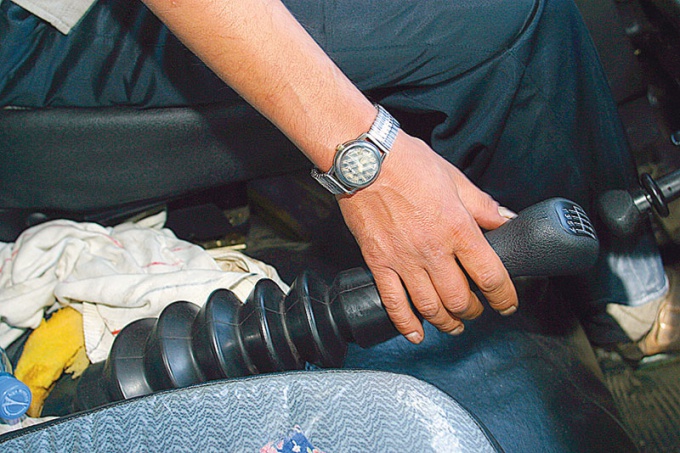 Related articles:
You will need
Instruction
1
To driving a truck not much more complicated in comparison with a passenger car. But before to get under way and feel like a true professional, stay comfortable in the driver's seat and put his right hand on the lever of switching of stages in the gearbox. Rock it from side to side and feel that moving to himself in the extreme left position required more physical effort in overcoming the short cut is a zone of inclusion the first stage, and reversing that rarely use. Try to include, not letting the engine. Feel the depth of stroke of the lever and try to put it in your memory. Nedovrsena stage during a pick-up loaded cars from a place can "break" checkpoint.
2
Note the small lever on the side arm of the transmission lever, with its help you can control the divisor of the transmission. It has two positions: upper and lower. The name of the unit speaks for itself. In fact, it splits each gear transmission in two: creating low and high modes, the gear ratios of the transmission. The checkbox can click at any moment you please, harm to the aggregates will not do. Mode divider is connected only after the clutch release.
3
Try to touch the truck. Start the engine and raise the air pressure in the system up to 7.5 atmospheres. Move the check box divider down, squeeze the clutch pedal and moving the gearshift down, turn on the second (lower) level in the transaxle. Seamlessly move from your place and, without removing his hands from the lever, turn the box divider to the top position.
4
After a set of engine while driving 2200 rpm on the tachometer, then disconnect it literally for a moment, the clutch and turn on the enhanced mode of the second transmission (the box was the one you moved earlier), and once the lever divider is moved to the lower position.
5
Speeding, disconnect the clutch and move the gearshift lever up, the transition to third level in reduced mode divider. Check – up, and so on until you get to the fifth increased.
Is the advice useful?
See also
Подписывайтесь на наш канал