How to recognize a schizophrenic

Often in the workplace or entrance it is possible to meet a fancy dressed or sloppy identity with non-standard attitude and inappropriate behavior. And the reason for these oddities can be a symptom of schizophrenia – a mental disorder that changes the essence of the person. 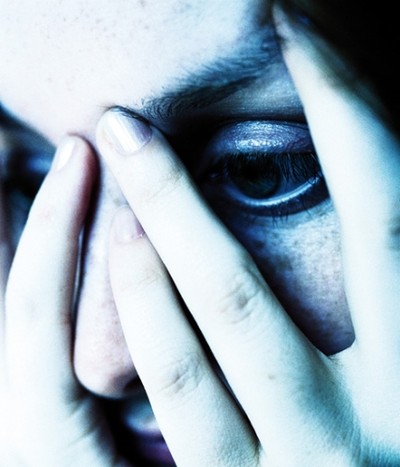 Related articles:
Instruction
1
Sometimes the symptoms of schizophrenia can be mistaken for another mental disorder, especially when rapid progression of the disease or the stage of aggravation suddenly makes nothing inconspicuous familiar person unrecognizable in terms of behavior. But some symptoms can be recognized schizophrenic or to assume a beginning of the disease.
2
Schizophrenia becomes taciturn, uncommunicative, reserved. Appears aloofness. Lose interest to work, to rest and even to life. No longer interested in familiar surroundings. Sometimes schizophrenia is expressed on the contrary excessive govorovskiy, mobility and excited state, which changes quickly and makes schizophrenic lethargic and indifferent.
3
Clothing appears sloppy. Moreover closet may not match the season and be awkward. This untidiness is evident not only in clothes. First sight you can understand that the person is not combed, not washed, not first day. There is a complete indifference to themselves and others.
4
Over time the patient with schizophrenia may surprise their friends and relatives unexpected enthusiasm philosophy, mathematics religion and other Sciences. Upon meeting him, heard fruitless philosophising, or a set of unrelated sentences.
5
With the development of the disease appears nonsense. The schizophrenic seems to discuss it, gossip behind him, preparing against him a conspiracy. Everywhere he sees the ridicule and reproaches, i.e. the disease occurs in a paranoid form. Their troubles, he begins to suspect and accuse all others.Very often a symptom of paranoid schizophrenia is unfounded jealousy, accompanied by scandals and accusations. The patient imagines an imaginary lover (mistress).
6
With the rapid development of schizophrenia all symptoms include hallucinations. From the outside it resembles a dialogue between two interlocutors, whereas a schizophrenic can stand alone.
7
To recognize schizophrenia is possible by gestures and facial expressions. Pretentious behavior and unnatural facial expressions characteristic for acute period of the disease.
8
Sometimes the initial schizophrenia occurs under the form of neurotic disorders and expressed in phobias, panic and anxiety and obsessive thoughts.Often patients are not aware of their illness and wonder about recommendations or treatment. However, timely therapy can stop the disease and alleviate the symptoms during exacerbation of the disease.
Is the advice useful?
See also
Подписывайтесь на наш канал