How to discharge car battery

In the yard in the hot summer, but motorists with the experience now, following popular wisdom, which refers to a sleigh and cart, thinking of preparations for winter operation. And in cold weather it is necessary to ensure the machine reliable battery. 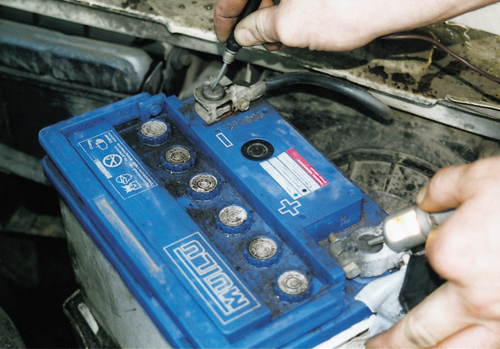 Related articles:
You will need
Instruction
1
A well charged battery will be able to provide energy to the starter for a successful engine start in any weather. It depends on the degree of load on the driver during the autumn-winter period. To be more precise, the ability of the battery to retain its capacity.
2
In connection with the foregoing, from the operation of the battery in summer, depends neither more nor less than its trouble-free operation in winter. Automotive generator is designed in such a way that they generated energy provides only charge the battery in the range of 70-80 percent density. And in order to recover lost capacity after each engine start by the starter, the power plant required to operate at medium speed continuously for two hours, at least. You understand that, in terms of movement of transport in the city compliance with such a regime is simply impossible.
3
The conclusion is: the battery in anticipation of winter need to nourish energy. But, oddly enough, to restore the density of the electrolyte while increasing its capacity, the unit must first be defused.
4
To achieve this task battery is removed from the car, and its terminals connected load of the electric motor or light bulb, a power of 40 watts. In the course of this process is required to periodically monitor the voltage at the battery terminals (connect a voltmeter to it). The lowest possible acceptable level of discharge is equal to 11.7 volts. In cases of overcoming it in the battery, there is an irreversible process, and can be taken for scrap.
Is the advice useful?
See also
Подписывайтесь на наш канал