How to develop logical thinking

Logical thinking — the ability to reason and draw conclusions — can and should be developed in children from an early age. The ability to think logically, to analyze and to draw conclusions useful both in childhood and in adult life. The development of logical thinking and imagination leads to the fact that a person begins to think outside the box. 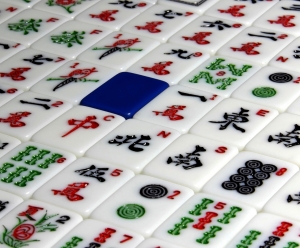 Related articles:
You will need
Instruction
1
Encourage your child to Express their opinions, evaluate events, to speculate. Learning to think logically, the child will begin to do the same.Start the phrase and let the child finish. For example: "the Car can go, because... , "warm outside, because... , "If you cut your finger, then...
2
Play chess. This game, which has a history of several thousand years, teaches us not only to develop logic, but also to develop a strategy, to be patient, attentive, guessing the opponent's moves and analyze the current on field situation.
3
Buy a collection of entertaining problems. Solving them is interesting to both adults and children. In addition to problems in the development of logic, there are also tasks with the trick, where is the solution that first comes to mind is unlikely to be correct.
4
Practice to make a logical chain. Ask the child to draw a circle, square, triangle and then repeated the following sequence of geometric figures several times. Ensure that the baby does not violate the desired consistency.
5
Pay attention to mathematical games and tasks. Logic and mathematics are closely linked, mastering the science, a child will certainly possess the other. Solution of tasks for compliance, the passage of mazes, preparation of logical chains also contributes to the development of logic.
6
Ask the child to sort in a specific order pictures depicting the actions of some of those characters. It can be fragments of a familiar kid fairy tales, or just a set of scenes in which there is a clear logical sequence.
Note
Do not force your child to do if he's not in the spirit. Postpone solving puzzles and entertaining problems as long as the baby does not appear mood.
Useful advice
Play puzzle games should be interesting and fun. To achieve this, add the element of competition to the game. Solve puzzles one is boring.
Is the advice useful?
Присоединяйтесь к нам
New advices