How to convert grams to moles

In the study of chemistry and in practical work often seeks to determine the number of molecules in one gram of substance. However, because the number of molecules is too large, they decided to measure "chunks". One such portion of a substance that contains 600 billion trillion particles of which it is composed (molecules, atoms, or ions) is called a mole. How do you know how many moles of substance are contained in a gram? 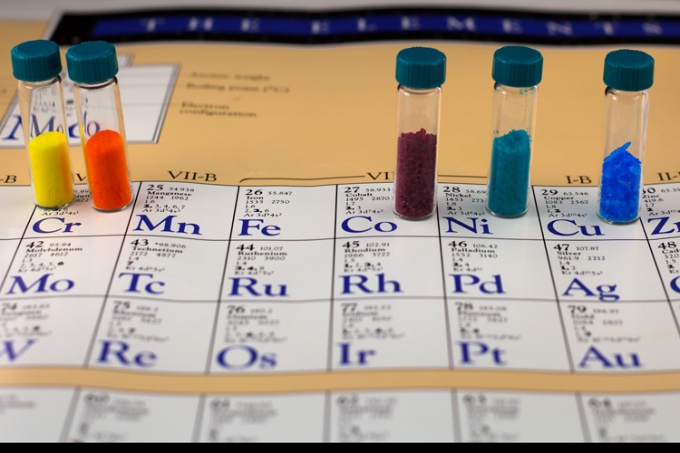 Related articles:
You will need
Instruction
1
Translate the grams into moles by the formula:
n=m/M
where
n is the number of moles you want to find
m is the known mass of substance (g)
M - the mass of one mole of a substance, or molar mass (g/mol)
Thus, to solve the problem remains to know the value of M.
2
Molar mass is the value for each substance is constant, and in the General case, is numerically equal to its relative atomic or molecular mass, relative. To determine the molecular or atomic composition of the analyte, it is necessary to look at its chemical formula. For example, H2O (water) is a molecule of O2 (oxygen) molecule, Fe (iron) atom, C (carbon) - atom.
3
For atomic matter, it is sufficient to find it in the periodic table - relative atomic mass is specified in the cell of each item. For example, the relative atomic mass of substances, Fe, Na = 12, 56, 23 (rounded to integer) - hence, their molar mass M is 12 g/mol 56 g/mol 23 g/mol.
4
If the substance is molecular, then the relative molecular mass is the sum of the atomic masses of all the atoms within the molecule. For example, the relative molecular mass of water with formula H2O is 18 - two atoms of hydrogen with mass of 1 to fold with one oxygen atom with a mass 16 (2*1+16=18). The methane molecule - CH4 - relative molecular mass will be 16 (12+4*1=16). Thus, the molar masses M of water and methane will equal 18 g/mol and 16 g/mol respectively.
5
Now, knowing the mass of the substance m in grams and the molar mass M, obtained with the help of the periodic table and simple calculations, converting grams to moles according to the above formula: n=m/M. the Number n is the required amount of moles for the given grams of substance.
Note
If the compound is composed of ions, their molar mass is calculated the same way as atoms.
Useful advice
There are special tables of molar masses of some substances, as well as programs calculate molar masses.
Is the advice useful?
See also
Подписывайтесь на наш канал