What is the mole in chemistry

Chemicals can be measured in kilograms or milliliters, but in moles. Mole – unit of amount of substance, which appeared due to the fact that substances are composed of molecules and atoms. 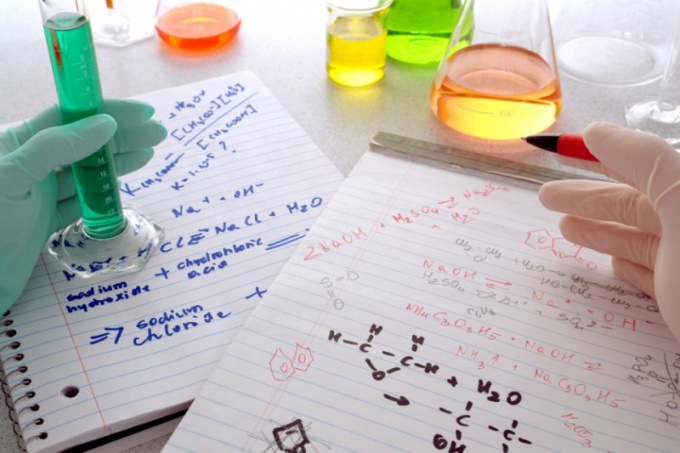 What is a mole in chemistry: definition

The mole represents a quantity of a substance that contains as many particles (molecules or atoms) how many atoms contained in 12 g of carbon C. to find the number of particles in 12 grams of carbon, it is necessary to divide the total mass of the substance (0,012 kg) on the absolute mass of the carbon atom, component 19,93x10^(-27) kg.

The result is 6,02x10^23 particles. Found the number equal to the number of molecules or atoms in one mole of any substance is called Avogadro's number. Its dimension is 1/mol, or mol "to the minus one".

If the substance consists of atoms in one mole of that substance will contain the same Avogadro the number of atoms is 6,02x10^23. This applies, for example, 1 pray of iron Fe or sulfur S.

As evidenced by the amount of substance

Hence it is possible to Express the number of particles in a given volume of a substance:

Relative atomic and molecular mass is a dimensionless value, expressed as the mass of the atom and the molecule relative to conventional unit – 1/12 the mass of an atom of carbon.

In the model task is usually required to find the number of molecules or atoms into a given amount of substance which mass is a given amount of substance, number of molecules in a given mass. It is important to understand that the molecular formula of a substance indicates the number of moles of each element included in its composition. That is, 1 mol of H2SO4 contains 2 moles of hydrogen atoms H 1 mole of sulfur atoms S, 4 moles of oxygen atoms O.
Is the advice useful?
See also
Подписывайтесь на наш канал