How to find molar mass of gas mixture

Molar mass is the mass of one mole of any substance, i.e. a quantity which contains 6,022*10^23 elementary particles. Numerical molar mass coincides with the molecular, expressed in atomic mass units (a.e.m.), but she has another dimension – grams/mol. 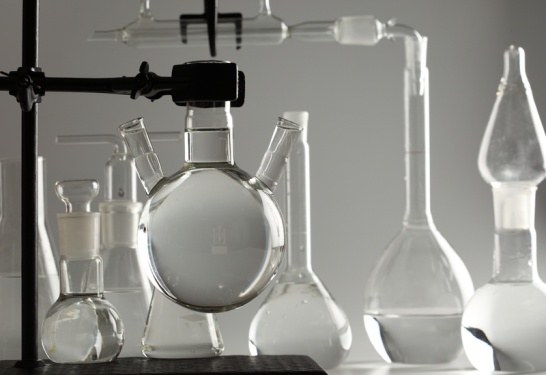 Related articles:
Instruction
1
If you had to calculate the molar mass of any gas, would you take the value of the atomic weight of nitrogen and multiplied it to the index 2. In the end, would get 28 grams/mol. But how to calculate the molar mass of the mixture of gases? This problem is solved elementary. We only need to know what gases and in what proportion are part of the mix.
2
Consider a specific example. Suppose you have a gasth mixture, which consists of 5% (mass) of hydrogen, 15% nitrogen, 40% carbon dioxide, 35% oxygen and 5% chlorine. What is its molar mass? Use the formula for the mixtureconsisting of the x components: MSM = M1N1 + M2N2 + M3N3 +...+ MxNx, where M is the molar mass of the component, and N is its mass fraction (percentage concentration).
3
Molar mass of gases , you will learn the value of remembering the atomic weights of elements (here you will need a periodic table). Their mass fractions are known for this task. Substituting values into the formula and performing calculations, we obtain: 2*0,05 + 28*0,15 + 44*0,40 + 32*0,35 + 71*0,05 = 36,56 grams/mol. Here is the molar mass of the specified mixture.
4
Can you solve the problem in a different way? Yes, of course. Suppose you have the exact same mixture contained in a sealed vessel of volume V at room temperature. As a laboratory to calculate its molar mass? For this you will need to first weigh the vessel on an accurate scale. Denote its mass as M.
5
Then with the help of a connected manometer, measure the pressure P inside the vessel. Then use a hose connected to a vacuum pump, siphon a little of the mixture. It is easy to understand that the pressure inside the vessel will decrease. Cutting off the valve, wait about half an hour in order for the mixture inside the vessel again took the temperature of the surrounding air. Checking it with a thermometer, measure the pressure of the mixture pressure gauge. Label it P1. Weigh the vessel, mark the new mass as M1.
6
Well, then remember the universal equation Mendeleev-Clapeyron. According to him, in both cases:- PV = MRT/m;- P1V = M1RT/m.Slightly modifying this equation, you get:- m = MRT/PV;- m = M1RT/P1V.
7
It follows that m = (M – M1)RT/ (P – P1)And V. m – the same molar mass of the mixture of gasesthat you need to know. Substituting in the formula the known values, you will receive a response.
Is the advice useful?
See also
Подписывайтесь на наш канал