How to find molecular weight 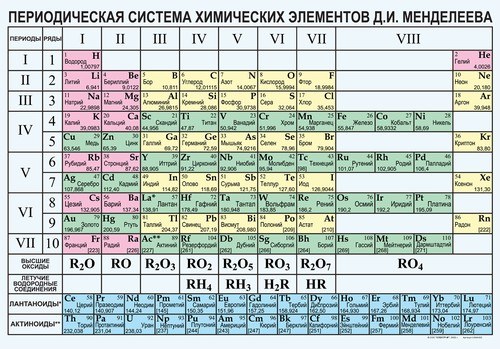 Related articles:
You will need
Instruction
1
If you know the chemical formula of a substance determine its molecular weight using the periodic table of chemical elements of Mendeleev. To do this, define the elements that go into the formula of the substance. Then, find their relative atomic masses, which are recorded in the table. If the atomic mass of the table presents a fractional number, round it to the nearest integer. If the chemical formula contains a few atoms of this element, multiply the mass of one atom in their number. The obtained atomic masses fold and get the relative molecular mass of the substance.
2
For example, to find molecular mass of H2SO4, find the relative atomic masses of elements that go into the formula, respectively, hydrogen, sulphur and oxygen Ar(H)=1, Ar(S)=32 Ar(O)=16. Given that hydrogen in a molecule of 2 atoms, and oxygen 4 atoms, calculate the molecular mass of the substance Mr(H2SO4)=2•1+32+4∙16=98 atomic mass units.
3
In that case, if we know the amount of substance in moles ν and the mass m of a substance, expressed in grams, determine its molar mass for this mass divide by amount of substance M=m/ν. It will be numerically equal to its relative molecular mass.
4
If we know the number of molecules N, and the known mass m, find its molar mass. It will be equal to molecular mass, find the mass in grams to number of molecules of a substance in the mass, and multiply the result by Avogadro's constant PA=6,022^23 1/mol (M=M * N/ PA).
5
To find the molecular mass of the unknown gas, find its mass in a sealed container of known volume. To do this, siphon the gas out of it, creating there the vacuum. Weigh the cylinder. Then pump the gas back and again find its mass. The difference between the mass blank and the injected cylinder and is equal to the mass of gas. Measure the pressure inside the cylinder with a manometer in Pascals and temperature in Kelvins. To do this, measure the temperature of the surrounding air, it will be equal to the inside temperature in Celsius to convert it to Kelvins, add 273 to the obtained value.

Determine the molar mass of the gas by finding the product of temperature T, gas mass m and the universal gas constant R (8,31). The number you divide by values of pressure P and volume V, measured in m3 (M=m•8,31•T/(P•V)). This number will correspond to the molecular mass of the gas of interest.
Is the advice useful?
See also
Присоединяйтесь к нам
New advices