How to trace in football

The ability to trace other players in football is called dribbling. Today, the coaches require all professional players, especially in attack, to master this component of the game. Largely skilled dribbling predetermined star trek players like Zidane, Messi and Ronaldinho. 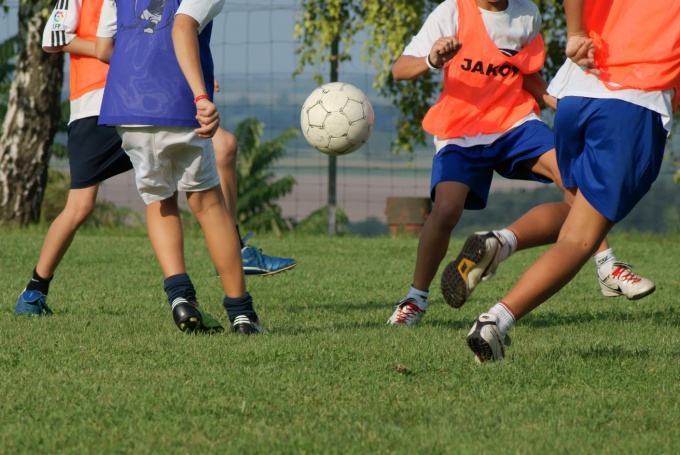 Related articles:
You will need
Instruction
1
The use of an intake stroke depends primarily on the qualities of the player. But it can largely depend on the physical characteristics of the opponent and the specific situation in which you want to apply a stroke. The player must decide what type of dribble it will apply in a given situation. The uncertainty in the choice of trick will lead to fuzzy actions, and the player is likely to lose the ball.
2
High speed - in itself a good tool for opponent players. If you are already well dispersed against you there is only one player without a safety net, it makes sense to simply pass the ball past him. Your opponent will have to turn around from a standing position, at that time, as you may have gathered momentum. Therefore, most likely, abbagav it, you will again possess the ball. This technique also does not require any extra technical tricks. It is worth remembering only that the ball should not pass and to let her too far.
3
Some players are textured and have great physical strength. This helps them to literally claw the ball out of defence, push protection even when a large resistance when the defenders help each other. A player should also skillfully use the body to cover the ball, not allowing opponents to get to him. The ability to cover the ball body applies to all players. If transfer give none, and the stroke of the player is easy, it makes sense to cover your body access of the opponent to the ball. Perhaps this time the situation will improve. Using the case, you can try and beat the player, moving in the direction of the enemy and gradually departing from it.
4
With good technical readiness of a player he can use feints. Feint - a deceptive movement to force the opponent to make a wrong move and lose the moment for tackling. In addition to the development of the feints for the development of dribbling the player needs to improve his ball control, strive to "feel" the ball.
5
Arsenal of feints modern professional footballers are very rich. One of the easiest tricks is a head fake. When approaching an opponent player raises his foot, pretending to inflict a heavy blow. This will force the opponent to instinctively put a foot, turn the body. This extra movement will prevent him to take the ball away.
6
A sharp change of direction can also put a rival out of business - he may simply not have time for you, because unlike you he doesn't know in which direction you will move on. You can use about the movements of the housing when the housing is going one way, and then you will have a ball in the other. About stop also introduces the enemy in the confusion after the ball you can shoot past it or him between your legs.
7
Modern professional players use and more difficult feints. For example, doing standing around the ball fast movement alternating left and right foot, causing the enemy to lose control. You can then sharply away, leaving the opponent helpless. Special chic different so-called "feint Zidane". When approaching an opponent dribbler steps on a ball and turns 180 degrees from the opponent. This allows you to cover the ball and not allow the enemy to get to the ball.
Note
To dribble only when even the loss of the ball will not turn back to your team catastrophe. Therefore, it is strongly recommended not to join the stroke on their half of the field, and especially in the penalty area!

If you have the opportunity to give a good pass to a teammate, it is better to pass and not risk.
Useful advice
It should be remembered that in any type of dribbling, the ball should not let myself too far, otherwise it may go out of bounds or be intercepted by the opponent.
Is the advice useful?
See also
Подписывайтесь на наш канал