How to make the task bar smaller

Sometimes the result of careless manipulation of the user or a system failure, the width of the panel task becomes too large, which interferes with normal work with open applications. There are several ways to bring back the appearance panel. 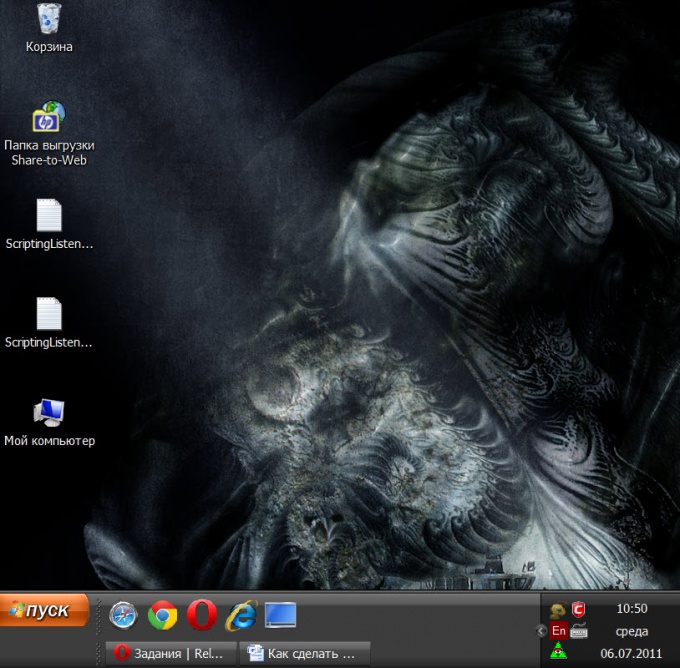 Related articles:
Instruction
1
Try the easiest way to reduce the width, move the mouse cursor over the top edge of the panel taskand when it will change (will be bi-directional vertical arrow), left click and hold, drag outside boundary of the inside panel to the desired width.
2
Try to do a sequence of operations, if you simply dragging does not work: first click on an empty space of the bar task , right-click and make sure in the popup context menu should not mark next to "Fix panel of the task". If the label is there - remove it, clicking the menu bar with the mouse.

3
Right-click the free space of quick launch. In the popup context menu, hover the cursor over the top row ("View") and select from the two options that appears "Small icons".

4
Hover over the left border (start) second (bottom) number in the panel tasks. When the cursor changes and becomes a bidirectional horizontal arrow, click the left mouse button and drag up and right to the level of icons in the quick launch, but far to the right of them. As a result of this the actions panel tasks should be only one line. The quick launch toolbar will appear to the left and to the right the tabs of open programs. The width of the panel task like this should normally be adjusted in the manner described in the first step.

5
There are several other operations that indirectly can reduce the width of the panel task. One of them is the change specified in the properties screen value scaling of font sizes. Other - change the screen resolution, which is also set in the properties window of the screen.
Is the advice useful?
See also
Присоединяйтесь к нам
New advices