How to treat the smell

Smell is a distant analyzer, which gives us a lot of information about the world. Especially important good smelling people for whom this information source becomes the master. We are talking about the deaf-blind. 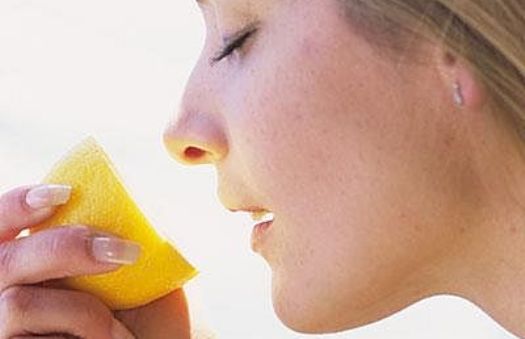 Related articles:
Instruction
1
Olfactory sphere, the child develops one of the last. The baby almost doesn't feel odors, and stretches to mother's nipple instinctively, feeling his warmth. It is alleged that no less important role played and position taken by the baby when feeding. To the sense of smell all this has a very indirect relation. Only by age 4 the child begins to differentiate smells and distinguish pleasant from unpleasant smell, etc. With age, the sense of smell improves, even to the end of its life, it of human remains rather weak, in contrast to some animals.In everyday life we use the sense of smell is not very active. Other sources of information provide the most complete picture of what is happening. However, there are people for whom the olfactory analyzer remains the only distant way of obtaining information. It's the people, deprived of both sight and hearing. There are unique cases, as described in the art and in the scientific literature, when complete blind-deaf people freely oriented in only one smells and vibrations around. Such people have a sense of smell, of course, more trained, while psychologists argue that sophistication is not happening.
Often people notice that it became worse to smell, not immediately. The reasons for the decline of smell can be either mechanical (fracture or fissure of the nasal septum), and chemical burn of the mucosa of the paranasal sinuses, work with harmful, emits a sharp, unpleasant odor, substances. Additionally, the decrease in olfactory capabilities is observed after some diseases: sinusitis, etmoidit, inflammation of the middle ear, etc.
What to do:If we are talking about the burn of the mucosa, it is treated quite successfully with a mixture of olive and corn oil. 2 times a day you want to insert in the nose with a cotton flagella, richly soaked in this solution. Can sometimes be found as a recommended means honey. On erosion the mucous, the honey deal is impossible.
2
If the loss of smell is associated with a history of disease, effective is aromatherapy. For training it is best to take the smells sharp and easily identifiable: lemon, garlic, coffee, pepper, ammonia. These smells need to irritate the olfactory channels, bringing the source to the nose at a distance of 15 cm In the early days, nothing could be obtained, but over time the brain will start to receive signals from receptors and recycle it. Unless, of course, killed the olfactory nerves.
3
Rinsing the nose with salt water. A good preventive remedy for various viral epidemics. Besides improves circulation of blood in the vessels.
Useful advice
Treatment of smell is long and not always effective process. To avoid problems with the perception of odors, you should try not to expose the mucous membrane of the nasal openings (Joan) long-term adverse effects of thermal, chemical, and physical factors.
Is the advice useful?
See also
Присоединяйтесь к нам
New advices