How to knit a deal

In the cold season a variety of knitted products is becoming more important – in order to warm itself and maintain the comfort of your family and friends, you can learn to knit yarn warm a dealin which both children and adults can walk around the house. Such a deal will help to keep your feet warm and give a feeling of comfort even in cold weather. 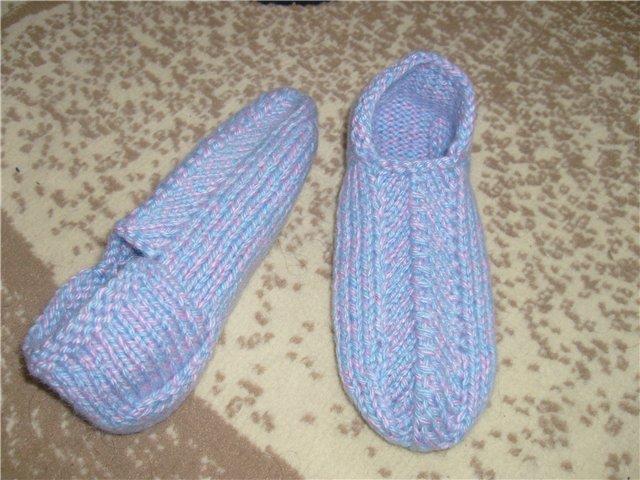 Related articles:
Instruction
1
Take suitable warm yarn and knitting needles. Forty-dial loops and knit the first row, alternating front and back loops. Then tie the second row. In the second row provarite eighteen loops make nakyd, tie the front loop, yo again, then tie the two front loops, one yo, and continue to knit the scheme before the start of the third row. In the third row continue to knit the scheme, promazyvaya of nakedy purl loops.
2
You should get preform, which is well marked by the two Central loops. Make a well in the centre of nakedy before the two Central loops, and then after them. Provarite ten nacido on each side, and then tie six rows of simple facial loops. In the sixth row davaite loop to the middle link of the Central five loops.
3
Provarite fifth and sixth loop in a row together, and then expand the workpiece and provarite five facial loops. Again provarite along fifth and sixth loop. Close the sock the future of the imprint. Promazyvaya the product on until you have the spokes will not end the loop, and until five Central loops.
4
Close the foot of the workpiece. With the lateral part of the deal, take one loop and provarite five loops, and then tie the first side hinge and the fifth hinge together. Knitting flip over and again, take the side loop on the other hand, promazyvaya first five loops, and then promazyvaya together for the last loop and the first side of the loop.
5
You have on the needles should stay five Central loops. Close the heel and provarite the product to the end. Close the loop on the top of the imprint and tuck the tips of the threads. On the same principle of tie second deal.
Is the advice useful?
Присоединяйтесь к нам
New advices