How to tell a guy about your feelings

The days when girls were forced to wait passively, when the guy admits they are in love, are long gone. Now it is not considered shameful to take the initiative and tell the guy about your feelings. It would seem – what could be simpler – approach and tell that you like him, but sometimes fear to direct refusal interferes with you to do it. However, the ingenuity of women knows no boundaries and can be explained so that the guy will be convinced that the initiative came from him. 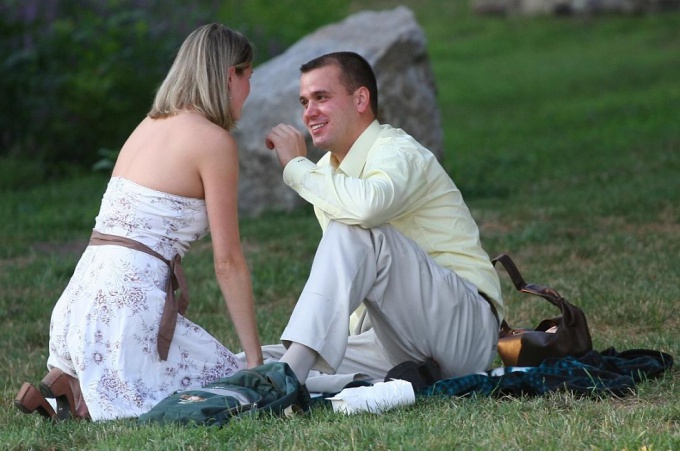 Related articles:
Instruction
1
Make sure that the guy towards you configure at least neutral. If he feels you dislike or annoy you with the way to communicate or appearance, then it is unlikely that the explanation will save the situation. Any your words, even flattering for him, he will not perceive the meaning of, and as an irritant. While he's not comfortable with you, there is no point in trying.
2
If you like it and do not mind to communicate with you, you can tell him about your feelings, as if wondering why can't hold them back. Mark of his dignity (they must be real and it needs about them at least guess) that caught your attention and distinguish it from the General mass of men. He will be pleased to hear about their originality in your eyes and it will note your ability to understand people, interested in you.
3
Find out what he likes, and try to learn more about his hobby. Go to him for advice or clarification, saying that he was recommended as an expert and consultant. He will not be able to pay attention to the girl he so are the interests and his advice to smoothly escalate into a friendly conversation, ending with a request for a date.
4
Find out more about him, his character and habits, principles and beliefs. In General conversation, describe the perfect in your understanding man, citing the example of those qualities and beliefs that are inherent to it. There's not one guy can not resist such izjavljena feelings, he will just say: "that's me, your Prince!".
Is the advice useful?
See also
Подписывайтесь на наш канал