What to do in the country in June

Summer - a welcome time of holidays and rest. But not for gardeners, which is still in the spring planting-sowing in their fields. Gardening in June - it's many Affairs and in the greenhouse and in the garden and in flower beds. In short, the cottagers will not be bored! 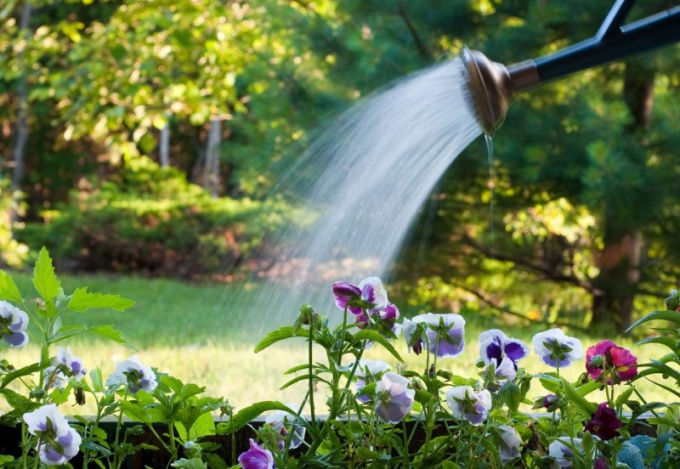 According to national signs, summer weather in Central Russia, established after 10 June, the moment will begin to bloom rose. Therefore, planting in the open ground seedlings of cucumbers, tomatoes, pumpkins, squash, peppers, and zucchini, as well as late varieties of cabbage are best to start with the second decade of the month. If you believe in the forecasts of meteorologists, you can start planting works in the garden since the beginning of the month. However, it will not be superfluous to hedge, covering the landing of the film on the night time frost.

In addition to planting seedlings, gardeners are expected in June weeding and thinning of root crops – beets and carrots. The beginning of the month – it's time for these procedures, since the thickening of crops may lead to reduction of yield and quality of vegetables. In the middle of the month you need to thin out seedlings of cucumbers, leaving the major at a minimum distance of 15 centimeters between them. Thus in the furrow can safely pour fertile soil, because tilling the beds with cucumber planting is not recommended because of the risk of damage from roots that are too close to the surface. Usually by mid-June, the cucumbers added a fifth to sixth leaf. After their appearance the top of the plants should prischipnut. This procedure will accelerate the emergence of lateral shoots with female flowers, on which the fruits appear.

Care for strawberries in June

In need of care, raised beds with strawberries. Aisle upon them and the ground under the stalks should mulch with a generous layer of fresh sawdust or straw. You should also remove the moustache and leave only those that you need for the propagation of strawberries. To accelerate rooting, they must be pinned to the ground.

Caring for berry bushes and fruit trees in June

In June, he completes flowering berry bushes and fruit trees. At this time it is extremely important to the timely watering and fertilizing. From lack of water ovary are often overly crumbles, and berries shrinking. After watering the soil between the rows of tree trunks and berry bushes need paraglide and mulch. This will reduce the growth of weeds and prevent the soil from drying out. The young shoots appearing at the base of the berry bushes and trees should be removed to strengthen plants in the period of ovary development. In June, you should trim the raspberries, leaving on the Bush only 8-10 healthy and big shoots. Everything else has to be removed before the Foundation of the earth. The tops of the shoots, which has already reached one meter height, you need prischipnut to enhance tillering and increase crop yields.

The care of flowers in June

We must not forget in June and about flower beds. They also require the attention of the cottager. At the beginning of the second decade of the month can be planted in the open ground the seedlings of annuals such as Impatiens, Petunia, begonia, ageratum, Lobelia, fuchsia. In June should address the Seating and trim of the faded podvorotnya – virus, obriety, Phlox subulate. Melkolukovichnye – murine hyacinth, snowdrops, Scilla, you need to dig, divide and replant in a new location. This should be done only after their leaves turn yellow. At the end of the month comes the turn of hyacinths and tulips. Their bulbs to dig out of the soil, thoroughly dried and sent to storage until the autumn in a dry ventilated place. At this time, can be propagated daffodils, if they grow three years in one place.

Caring for flowering shrubs in June

Flowering shrubs such as forsythia, lilac, compendium, weigela after flowering need pruning. This procedure contributes to the formation of beautiful Bush and regrowth of young shoots, on which are laid the buds for the next flowering. After pruning the shrubs, you can feed complex fertilizer. In mid-June you can start cuttings of flowering shrubs – hydrangeas, roses, spirea and mock orange, perennial flowers, Phlox, chrysanthemums. At this time, easily propagated by layering clematis, so don't miss a moment. Early June is a great time to install the supports for climbing annuals and shaping hedges. Don't forget about the lawn. He not only needs watering. The lawn will be glad to fertilizing and regular aeration procedure, which significantly improve the quality of turf. As you can see, planting in June, the summer visitor is more than enough. But do not forget to care of yourself. In between yard work be sure to make a rest somewhere in the shade.
Is the advice useful?
Подписывайтесь на наш канал