Why during menstruation stomach ache

Pain during menstruation varying degrees of severity experienced by many women, regardless of age. It is necessary to understand the reasons for these unpleasant feelings, to understand what is happening in your body during this period. 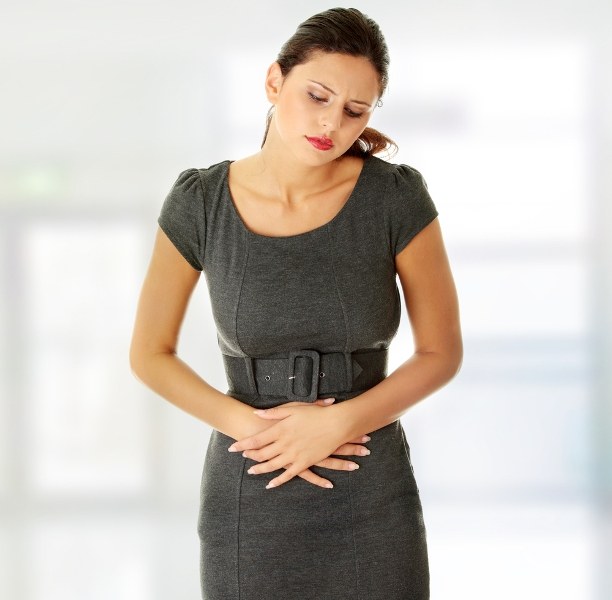 During your period there are strong contractions of the uterus. This physiological process is due to the need to expel from it all that have served their time and no longer need. Pain receptors located in the abdominal cavity, have different degrees of sensitivity in different women: they're more sensitive than the more severe pain experienced by the fairer sex.

It often happens that the uterus is non-standard, with deviation ago. In this case, it acts on the nerve centers of the sacrum and lower back, resulting in them also there is a pain.

The condition of the uterus and the sensitivity of the women depend on hormonal levels. If the amount of the hormone estrogen increases, which often occurs after 30 years, monthly be not only painful, but also very rich and long. If the indicators of unstable hormones, the woman suffers not only by algodismenorea, or painful menstruation, but also premenstrual syndrome.

The occurrence of pain associated with the situation when a violation of the natural balance of sex hormones in the body, especially progesterone and prostaglandins, with the increase of the latter. Prostaglandins are specific chemical substances that play a major role in the occurrence of many symptoms associated with discomfort during menstruation.

Prostaglandins are produced by uterine tissue and have a stimulating effect, causing a reduction of the muscular layer. At high levels of prostaglandins in the body a big strength of contractions of the uterus, which increases the level of pain. An excess of prostaglandins leads to such associated manifestations, such as nausea, vomiting, headache, sweating, tachycardia, chills.

Painful menstruation, weight loss and insomnia may occur when hyperactivity of the thyroid gland, which is known to regulate production of many hormones.

Menstruation with severe pain also occur with malposition of uterus, endometriosis, inflammatory processes in the genital organs, hypoplasia of the uterus (sexual infantilism), increased excitability of the nervous system, etc. Strong pain during menstruation are more likely to experience young nulliparous women, it may be a cause of infertility.

If the contraception you are using the intrauterine device, it can also cause severe pain during menstruation. Because, in addition to the presence of a foreign body in the uterus, there is still activation of the synthesis of prostaglandins under the influence of the spiral.

When severe periodic pain accompanying menstruation, consult a gynecologist, hand over the necessary analyses and complete a course of therapy to facilitate your condition.