Is that the next menstrual cycle is accompanied by severe drawing pains in the abdomen. It's very frustrating, but do not rush to swallow pills "at random". In this case, there are many ways to relieve suffering. 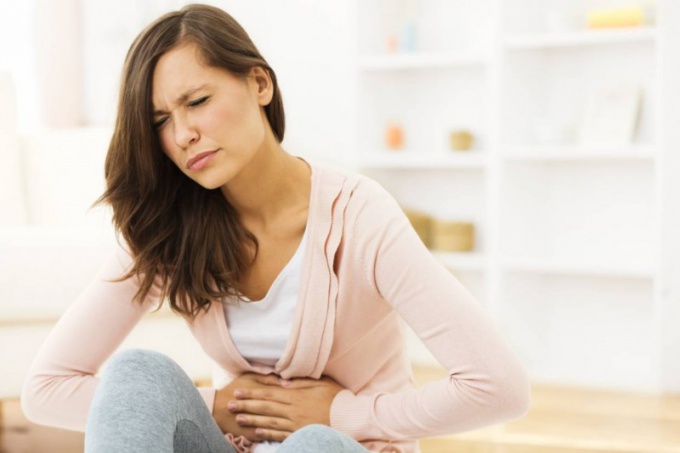 Why is there pain during menstruation

When a woman stomach pain before or during menstruation, she feels like the whole world stopped. However, this pain, too, is different in its intensity. Quite tolerant of sharp pains in which you can go to work, to the unconscious state and the failure of the lower extremities.

Clearly that any type of pain or cramps during menstruation – an unnatural state and, in the first place, indicates the presence of any inflammation or pathology. Menstruation is a natural process, it should not cause too severe discomfort.

So if you have long been concerned about such pain or it started recently, you first consult your gynecologist and get tested for the presence of disease or any pathology.

Generally, painful periods can be divided into two stages. When girls from the very beginning they were accompanied by spasms and colic. This is the primary stage. Or secondary stage, when women after 30 years there are recurrent pain as a result of infections of urinary system, surgery, after pregnancy and childbirth.

At the same time, there are cases when the primary stage was stopped after the birth of the female child, since the uterus is the better reduced. However, if the pain does not cease, but rather intensify or if the woman is unable to conceive, and premenstrual period, like the menses, is accompanied by a number of specific symptoms should immediately be examined not only from your gynecologist, but also by other specialists: gastroenterologist, neurologist, osteopath and therapist.

How to relieve pain when menstruation without painkillers?

The simplest and most effective way to get rid of abdominal pain during menses may be a process of complacency. Get rid of stress, try to calm down, to relax. Think about what you would be good to do or eat and make plans.

Scientists have already proved that the consumption of cigarettes and alcohol during menstruation has a negative impact on the menstrual cycle, as it reduces the permeability and elasticity of blood vessels, and the blood loses its viscosity. In addition, bad habits are much more harmful effect on the female body than the male, causing early menopause, aging skin, the risk of cancer. Refuse from nicotine and alcohol at least for the period of menstruation.

Avoid hypothermia, excessive physical activity and eat right. Everything should be in moderation. Drink plenty of fluids and can afford a small chocolate bar because it has "anti-stress" effect.

For very severe pain, the type in a plastic bottle with hot water, put her on her stomach and press up to his chest. So lie down for about 15 minutes. Hot heating pad will increase blood flow and relieve tension and spasm.

Drink herbal tea with lemon balm, chamomile and other flowers. It would benefit women's health. It is important to fully sleep for 8-10 hours and to observe the regime of rest and work.
Is the advice useful?
See also
Подписывайтесь на наш канал