Nearly all the world's trade sector arranges the sale, which attracts the stores of a huge crowd of people. Who would not like to buy things twice or three times cheaper! Or buy three copies for the price of two or buy two, and the third to receive a gift. 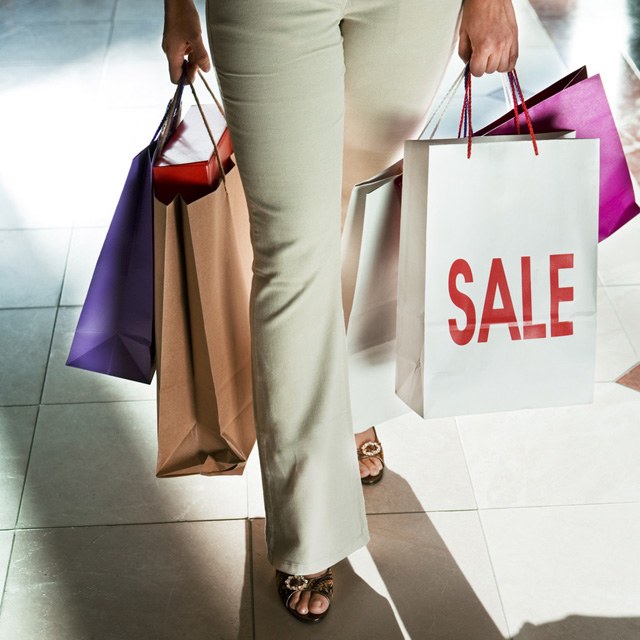 Usually such actions abroad are held in winter and autumn. Within two to three weeks starting in late December and mid-July, in retail chains and stores discounts. However, the specific timing of sales each year, sometimes a little bit different.

In Italy in 2012, the season of summer discounts in different provinces started from July 2 to July 7, and will end in the second half of September. Winter sale 2013 will start from 2 to 6 January and will last in most provinces for 60 days. At a great price at this time in Italy, you can buy clothes of local fashion designers, high-quality leather goods, including jackets, bags, shoes. Jewelry, fashion jewelry, crystal, porcelain, beautiful lingerie - it is also famous for the Apennine Peninsula.

In France the official calendar of sales is set by the government, and it adheres to most of the shops. Summer sale 2012 was held from June 27 to July 31. Winter will run from 11 January to 14 February. Here you need to consider that some departments moved the deadline, but in Paris, where, in fact, it is advisable to go, sales will be held in the specified period of time. There many people manage to update your wardrobe for 10-20% of its value.

In England a certain amount of sales there, and some stores carry them throughout the season. But rest assured, two days before Christmas leading British retailers will offer unbelievably low prices. In the period of discounts average things designers can buy 10-15 pounds, and you can't forget – London is the capital of vintage. If you're a fan of vintage things, then you need to go to England.

Sales in Spain traditionally starts July 1, and lasted in most regions for more than two months, ie until the end of summer. But there are exceptions. In 2012, the Madrid season will end on 21 September, in the Basque country, Galicia, Castile-La Mancha - September 31. Canary Islands - October 31. However, because of the crisis of the Spanish stores are starting to offer discounts even before the official sales season.

In Moscow, the sales are held almost daily, the need to monitor the advertising of branded stores on the Internet.