How are second-class seat on the train

When you stand on the platform and watch as it rushes past the passenger train, all the cars seem similar. They are the same size, but each of them can accommodate different numbers of passengers depending on which type. Most spacious car of those who are part of the long-distance trains, is second-class. 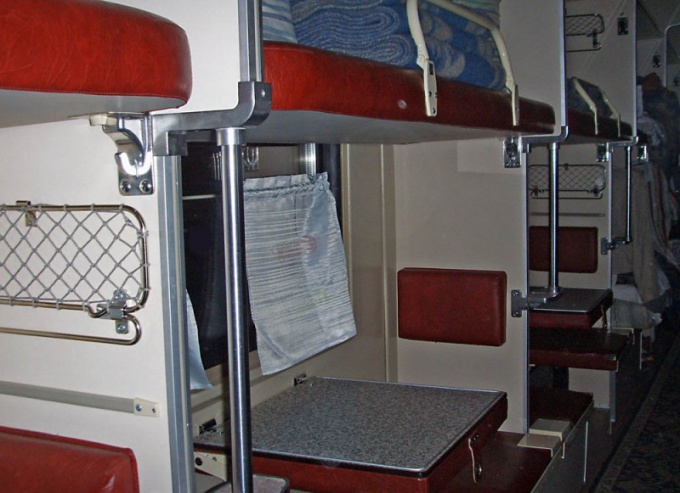 Related articles:
Instruction
1
The second-class wagons are usually at the beginning or end of the train, which is sleeping and compartment cars of a class "Premium". In all these types of cars is that the passenger can not only sit on during the journey and lay on a separate shelf. However, it is located in them with varying degrees of comfort.
2
In a sleeper in a separate double compartment can accommodate 18 passengers in the car Premium there are only 4 single or double compartment, more like a cosy hotel room. In a compartment car – 9 seater coupe, but a second-class carriage separate reclining seats are provided for 54 passengers.
3
Of this number, 36 are private quadruple cells that do not have doors, and 18 on the side of the upper and lower shelves are located in front of such cells along the common passage. In each cell there are two upper and two lower berths and a table. The table and two seats transformered and lower side shelf along the aisle. Under all the bottom bunks there is a space in which to place the Luggage. Part of it can be put on additional shelves that are over the top in places.
4
At the beginning of the car is a coupe conductors and toilet, second toilet is at the end of the couchette car. Opposite the compartment conductors installed titanium, which, according to the rules of carriage of passengers, you can always score the hot water for tea. To order tea in the way you can and guide, but it will need to be paid separately.
5
All lower berths in second-class carriage is odd, all the top – even. Places 1 through 36 are the individual cells 37 through 54 on the side shelves. Next to the toilet at the end of the car is 35 and 36th place. They are perhaps the most uncomfortable because the toilet is a vestibule for smokers who will run there for the journey. But reserved seats – the cheapest and most popular form of a train of those that move over long distances.