How to ride the train

"The track-rails, sleepers, sleepers, the train is late..." - this poem, known to many from his childhood, when mom ran her hand along the small of the back, saying these words. But about the train which travels, kids are not exactly thought of. Interest in how moving train, appears later, with the study of the surrounding mechanisms. 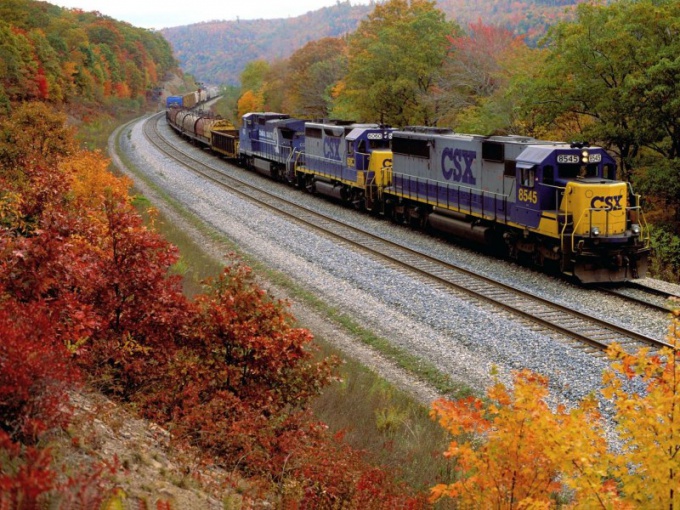 Related articles:
Instruction
1
The train is the composition, which is formed of several wagons attached to them one or more locomotives. Can also be motor cars, the trolley and the locomotive without cars.
2
The most common variant: it's when a group of cars driven by a locomotive. The engine is a diesel (diesel) or gas turbine (gas-turbine).
3
Diesel is called an internal combustion engine, in which the principle of the self-ignition of sprayed fuel. Raw material for it can be and various petroleum products, oils of natural origin, and even sometimes just crude oil.
4
Gas turbine is an engine of continuous action in which the energy of compressed gas is changed into mechanical work on the shaft. Since coverage speed of these engines is quite narrow, to accelerate the rotation of the wheels required intermediate gear, electric or hydraulic. The energy for the locomotive can pass from the outside via the electric network. It's called the locomotive.
5
When you need to stay in the course are the brakes. The maximum used today can be called air brakes, which work by compressed air.
6
In addition to the braking operation and release you can change the brake force. The driver actuates the brake by means of the crane operator. They regulate the amount of air in the brake cylinders, respectively, and brakes. The brake cylinders convert compressed air pressure into mechanical energy and impact over the brake lever transmission brake pads and press them against the wheel rim. Due to this, the train stops.
7
In order for our trip, the trains were safe, they supply various appliances, sensors and devices. Their significant part is in the cab. For example, to control the traffic lights, the composition is provided by the automatic locomotive alarm. She reads special signals that go from in front of the traffic light, decrypts them and mini-lights in the cockpit, repeats the signals ahead of standing traffic.
8
In the cab there is a lever to the vigilance test, and if the driver ceased to respond to indicators of traffic lights, it sounds and sometimes the signal light, and the person must, quickly responded, click on the hilt of vigilance. If it is not, will automatically be emergency braking.
Is the advice useful?
See also
Показать еще
Подписывайтесь на наш канал