How to pick guitar chords

The selection of chords will not cause any difficulties for the musician, especially if he has perfect pitch. Sweat will mostly newcomers. But this ability, if desired, can be developed (as, indeed, and hearing). 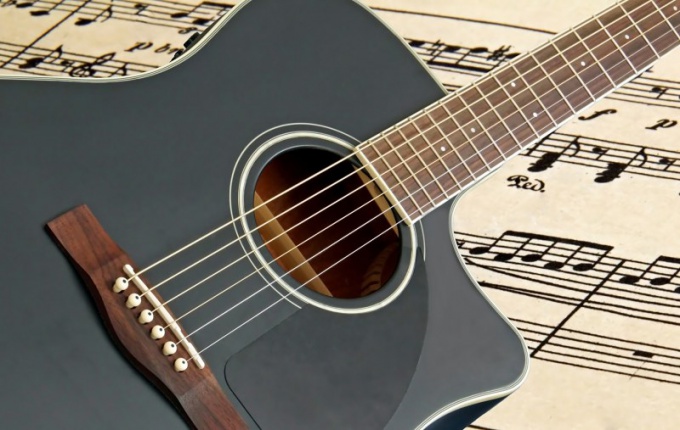 Related articles:
Instruction
1
First of all, you have quite a good understanding of what chords and what they are. And, of course, be able to play. This does not mean that you will be able to find them easily. Playing notes is not to be able to identify them by ear. But the basic skills still have to be (just as knowing the letters of the alphabet makes it easier to build words). And the more you play, the easier it will seem, the task of selection of the accompaniment. To start narbutaite experience on playing songs you already know chords (please read special books or relevant websites for guitarists).
2
Before you proceed to the selection of the accompaniment, listen to the whole song. Most musical pieces have a repetitive structure, divided into the so-called "squares" (slang for the musicians themselves - repeating chord changes). There is a chain of chords (i.e., squares), which is constantly replicated in the verses, the choruses. Watch the change of such chains for the entire song.
3
Mark, what parts of the melody are replaced by chords. Pieces occlusivity song, trying each chord to determine the main tone, i.e. the note from which a chord is built. Identifying, sing the sound, he is best remembered. Then "find" it on one of the bass strings (it should sound in unison with the chord in the song). From found notes build harmony. There is not should be difficulty. So, if you have determined that the basic tone - "to" ( "C" in letter notation), the chord will, respectively, or Cm (depending on the major or minor it is). As a hint you hold a sign with simple chords, which shows how to play so you don't have to build them yourself. Now listen to the song on that track where you already know the chord changes to another. And similarly sing the following, find its basic tone, etc. Write down all the chord letter symbols (C, D, Fm, etc.). At some point you will notice that the chord progression started again. Since then, the selection process will go much faster, since the basis of the accompaniment is already there. But the chorus will probably have to pick apart, in the same way.
4
Most often songs are written in any key. Knowing it, you will simplify the process of selection of the accompaniment. The tone is often determined by the final chord or note, and sometimes on the first. This knowledge will greatly help you, if you are already familiar with basic music literacy (so learn the notes and scales!). Knowing, for example, that a song written in C major, you are not going to act blindly, as before, and immediately begin to construct chords from the notes included in this tonality (i.e., for example, notes "FA" and not "f-sharp", "C" and not "b flat", etc.). And train your hearing and auditory memory. Over time, the process of "finding" the desired chord on the guitar fretboard will not take you a minute.
Note
Playing songs, you'll notice that they often use standard chain chords. This will help you in the future.
Useful advice
Record you found chain of chords.
Listen to "obscure" place in the song until you determine the main tone.
Practice! Find tabs different chords, play them. Try for yourself different sequence.
Is the advice useful?
See also
Присоединяйтесь к нам
New advices