How often to water the potatoes

Grow potatoes almost all the owners of land, and even those who are not particularly keen on gardening. But here's the secret gathering of high yields of this vegetable is not available to everyone, although it is quite simple – the potatoes require proper watering. 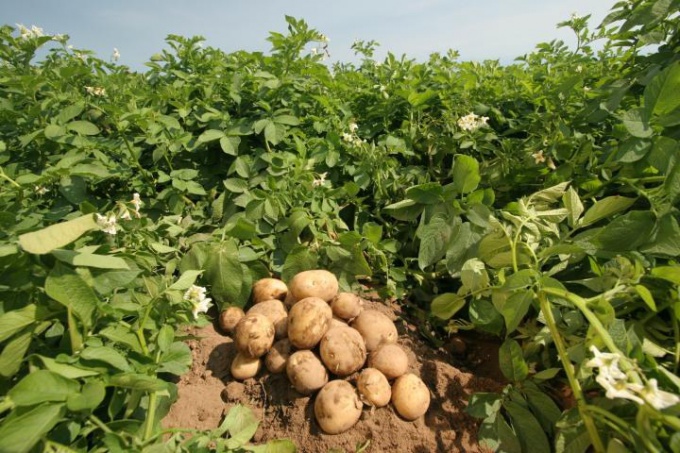 Related articles:
In Russia, potatoes are called "second bread" it is no accident, because it is almost never boring and is used in many dishes. Its tubers contain carbohydrates, proteins and fiber, in addition they are rich in various minerals and vitamins. At first glance, it seems that this unpretentious culture. However, in reality it is not. Potatoes in need of proper care.

How to grow potatoes

Potatoes should be planted in the open Sunny plot, because it is a photophilous plant. With a lack of sunlight, the leaves of the potatoes will begin to turn yellow, the vines stretch, the plant will not be able to give full bloom and the result will be a poor crop. Plot of land for planting it is advisable to dig over in the autumn and then again in the spring. It is not recommended for several years to grow potatoes on the same place periodically at the so-called rotation, i.e. alternating.

In early may, the tubers should be put on warming up in the sun to give sprouts. Plot of land for planting should be thoroughly cleaned from the tops and cut tubers left over from last year, as they are the cause of many diseases of plants, and a breeding ground for aphids and other pests. To plant the tubers with the sprouts in the ground when it warms up to 10-12 C.

To obtain an abundant crop, it is necessary to pay special attention to watering the potatoes, because it is very sensitive to lack and excess of moisture.

After planting the potatoes are watered until germination, since during this period he formed the roots. If at this time the soil fill with water, the root system is superficial and later the plant will not be able to provide themselves with moisture.

Once formed, the bushes, the potatoes can be moderately watered. The main signal for the need for irrigation is dried up the top skin of the earth to a depth of 6 cm Water potatoes are best early morning or evening, but not cold water, and heated to the so-called summer temperature. Water potatoes should be at the rate of 2-3 liters of water per Bush.

A great need in the moisture occurs in the period of budding and flowering of culture. If at this time the plant will get enough moisture, in the end, you can harvest in the form of very small potatoes. At the end of active growth, when it starts wilting of foliage, the culture needs much less watering.
Is the advice useful?
See also
Присоединяйтесь к нам
New advices