How to choose a shuttlecock for badminton

Badminton is a favorite game of millions. A badminton shuttlecock is undoubtedly one of the oldest sports equipment. Image of the game ball with feathers was found on the walls of Aztec Inca cities and temples. In addition, the shuttlecock – fast sports projectile. Its speed can reach 365 km/h. Therefore, the choice of the shuttlecock should be approached very carefully. 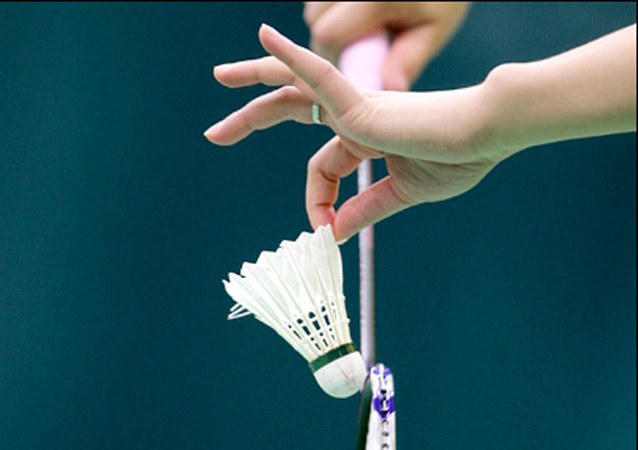 Related articles:
Instruction
1
The flounce is very sensitive shell, and its characteristics vymeryat with Apothecary precision. Weight change only in 0.1 gram increases the range of half a meter.
2
Birdies come in two types: plastic and feather. Pen - very sensitive, they have a higher airspeed and a steep descent trajectory. Game feather shuttlecocks requires high forces the wrist movement. Therefore, they are primarily intended for professionals and players of high class. In all competitions only play feather birdies.
3
A characteristic feature of feather shuttlecocks – their fragility. During the game the professionals can mess up two or three packages. Often, in order to change the speed of the projectile, players twisted or bent feathers. So in the end game these shuttlecocks cost a lot of money.
4
The weight of a feather shuttlecock about 5 grams. These shuttlecocks are made from goose feathers. There must be exactly 16. The head of the shuttlecock should be made of cork of high quality, it is covered a thin leather. Feathers glued around the circumference of the head and tied with thread. Thread also needs to be taped.
5
The tips of feathers can be of different shapes. Rounded feathers make the descent of the shuttlecock flatter and flight far. This means that the player has more chances to send a projectile out. Shuttlecocks with pointed tips tail fly faster, the trajectory of the descent is more steep.
6
Near the lid on the tube there are numbers indicating the speed of the shuttlecock. Firm Yonex, the largest manufacturer of equipment for badminton, and uses the numbers from 1 to 5. The higher the number, the higher the speed.
7
Don't be surprised seeing the package of figures from 75 to 79. It refers to the speed of other major manufacturers. This index is simply equal to the weight of the shuttlecock in English grains. The heavier the shuttlecock, the faster it flies.
8
Sometimes on the packaging indicate the weight in metric units from 4,74 to 5.05 grams. Often on tubes with high-quality feather shuttlecocks to indicate the temperature conditions of their application. This is not surprising, because the feather is a natural material, and at different temperatures and humidity levels will behave differently.
9
Firm Yonex additionally refers to the quality of the products in the name of the series. For example, a series Aerosensa has name indexes from 10 to 50. The higher the index, the higher the quality of the shell in front of you.
10
Occasionally occur in the market shuttlecocks, in a series whose index starts with 0, for example, Aerosensa 05. In this series the head is made of artificial or composite tube. And the feathers are not goose feathers, duck feather TsAGI. Such shuttlecocks have a fairly high quality but are significantly cheaper, which makes them suitable for Amateur games.
11
Plastic shuttlecocks are more suitable for Amateurs. They have a more predictable trajectory, lower speed, and the processing of such a flounce does not require considerable effort when working with a brush. Don't forget, the wrist injury – the most common injury for novice players.
12
Plastic shuttlecocks are more expensive than the pen, but serve much longer, so cheaper. Most importantly, do not wrinkle them in your hand during the game so as not to deform the skirt.
13
Speed plastic shuttlecocks is indicated by the color of the ribbon around the head. Green is slow, blue shuttlecocks are marked medium and red is fast. The same color should be and the packing cover. Yonex also produces shuttlecocks with light green stripes – very slow. They better play beginners at the first class, when the technique of the shot just put.
14
Shuttlecocks can be white and yellow. Yellow flounced easier to play in dim light and at high speeds.
Note
Store rackets and shuttlecocks, together, they have different requirements to the storage mode.
Useful advice
The main producers of shuttlecocks: YONEX, ASHAWAY, TRONEX, BABOLAT, VICTOR, FUKUDA. The world's best plastic shuttlecocks YONEX manufactures. Feather shuttlecocks should be stored at a temperature of about 12 degrees and high humidity, so they do not dry out and does not lose elasticity. For this reason, they cannot be stored for too long.
Is the advice useful?
See also
Подписывайтесь на наш канал