Where birds fly in winter

"Flies, flies through the sky wedge tired" - this line from a poem by Rasul Gamzatov "Cranes", written under the impression of the beautiful and the sad spectacle of autumn bird migration. To the question "Where fly for the winter birds?" said a long time ornithologists (researchers of bird). 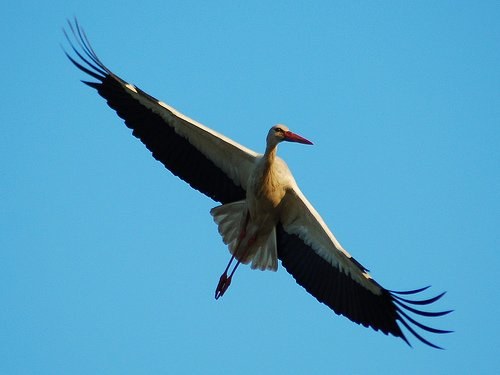 Birds are warm – blooded creatures. Their body temperature is about 41 degrees, and the smaller up to 45. This means that birds could not fly away for the winter, and to stay in places of permanent habitation. However, each fall many species of birds leave their homes. It is connected not only with the approach of the winter, but with a sharp decline in forage, which in winter is almost impossible to get.

Birds who make regular seasonal movements, migratory call. These include the cranes, swallows, Wagtails, Orioles, larks, Lapwings, song thrush and many others. Some species of birds in one region may relate to migratory and the other to be settled. For example, the rooks in the Northern part of the range are migratory, and in the South – sedentary.

Majority of birds migrate for the winter flocks, but there are those who go on a long flight in small groups and even alone. In some species of birds first move females, and some fly first grown up over the summer Chicks. Instincts and heredity tell the youngsters the right path.

The trajectory of the flight of birds every year is repeated. They are moved by the same favored paths. Ducks-mallards spend the winter in Western Europe. On the way to their wintering grounds they cross Belarus and Ukraine, reaching Germany, Holland, Denmark, great Britain and the North of Italy. And the duck-Pintail sent to winter on the West coast of the Caspian sea to the lower reaches of the Kuban and in the Mediterranean countries.

Usually birds fly away and return every year at the same time. Although the weather in the cold snap might affect the time of flight of birds.

Birds fly to winter in places close to their usual habitat. Steppe species are moved to the steppe zone with a warmer climate, and forest birds travel to a place rich in forests.

Back in the spring the first birds wintering nearby. Later other return types, flying away for the winter in the far distance. But, as a rule, they find their former nesting sites and settle in their own nests.

Why birds don't stay in warmer climes, and come back – there is no single answer. Scientists suggest that the reason for pushing the reproduction hormones, so birds after wintering year after year arrive at home.