Where the flying duck

Even at school children learn that in winter, ducks, like many other birds, fly South. Over time, learn and grow, and it becomes clear that the South – a concept very extensive. Of course, the ducks have their own preferences in the choice of wintering grounds. 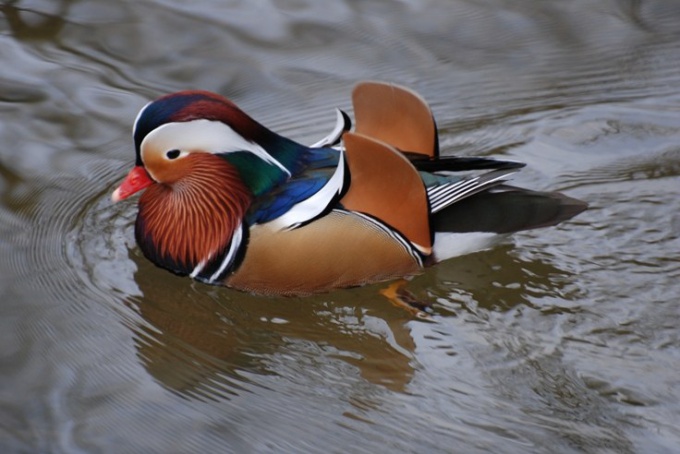 Related articles:
Scientists have long been engaged in this issue. First, in order to know where the ducks fly away for the winter, birds were hitched. This method was time consuming and not always accurate: not the fact that ringed the duck will catch the eye of another ornithologist. Now use more modern methods – radar and telemetry. On the backs of birds attach small sensors which can trace the entire way, which makes a duck.The most common type of ducks living in Russia, it's Mallard. Its name is due to published the characteristic sounds. In the mating season the males of this species of birds are painted very impressive: head and neck part is emerald green, brown chest, mottled back and sides with white and brown spots. The rest of the time male and female Mallard ducks painted in a nondescript gray-brown color.Habitat mallards are extremely extensive. They live in almost the whole of Eurasia, North America, North Africa. Those birds who live in cold climates, in the winter they fly towards the South. Basically, it is countries such as Italy, Spain, Greece. Some reach North Africa and India.Mandarin duck in the mating season is one of the most attractive representatives of the breed. Males ducks are painted in orange and blue, the back of them green with a blue sheen. These birds live in the Khabarovsk and Primorsky Krai and in Amur and Sakhalin regions. In addition, birds live in southern China and Japan where lead a sedentary lifestyle. From Russia ducks-Mandarin ducks have to fly away for the winter. To do this, they often choose the South of China and Taiwan.One of the most common species of duck is Teal-trescone. It is a small dark brown bird with pale belly. Males can be distinguished by a gray-blue spots on the wings. The bird inhabits almost the entire territory of Europe, and with the onset of cold weather moves into South Asia and also in Northern and North-Eastern Africa.
Is the advice useful?
See also
Присоединяйтесь к нам
New advices