How to get into the national team of Russia on football

The national team of Russia on football holds eleventh place in the FIFA rankings and is considered to be a very strong team. The opportunity to play in it, defending the honor of his country, is a cherished dream of many players. 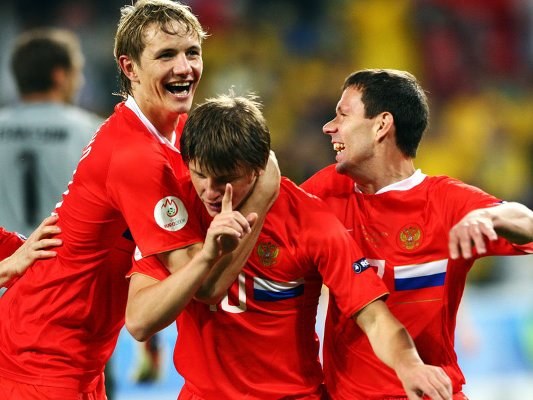 Related articles:
Instruction
1
The Russian team includes only the best players are at the peak of his form. The selection of players carry head coach of Russian national team and his assistants in command, may enter players of the Russian championship and embarking for foreign clubs.
2
The main selection criterion is the quality of the game that shows the player during the football season. Even the player are not very good teams can get into the team, if you show high skill. Not less important is the dedication, ability to give everything to win power.
3
When selecting players for the national team coach takes into account their specialization. So, it is very difficult to get Midfielders, since their places in the team a lot of contenders. A little easier striker: despite the fact that the number of players who can play at the point of attack is high enough, the talented player has a chance to get into the main team of the country. But the most problematic, according to experts, for Russia is defence. That is why a good defender, showing excellent game, has the biggest chances to get into the team.
4
For someone just starting their journey in football, it is important to prove itself by showing a professional game. A good option is training in the sports school at one of the clubs in the Premier League. In this case, the young player has a chance to first get to the backup team, and later, showing himself well, and in the main. After that, all will depend on him. The coaches regularly watch matches of the Russian championship, watching players demonstrate the game. Chance to get into the team even have very young players who have never not been brought.
5
Usually the team get the players in the Premier League and playing in foreign clubs. However, to assert yourself can be in the First division. The only criterion is the level of the game – if it is high, player will notice and will buy more titled clubs of the Premier League. The probability to get into the team in this case is greatly increased. The need to play in the main championship due to the fact that only in him, in a confrontation really experienced players, promising players can show their skills.
Is the advice useful?
See also
Подписывайтесь на наш канал