How to sew a full skirt for girl

Every little girl wants to feel like a Princess, and if her mom can sew, she can give her the opportunity, made lush and elegant skirt, which will not stand no child. This skirt is sewn of several layers and decorated with lush ruffles, and is best suited for her light and airy fabric, for example nylon or chiffon. During the evening you will be able to sew for my daughter Royal outfit. 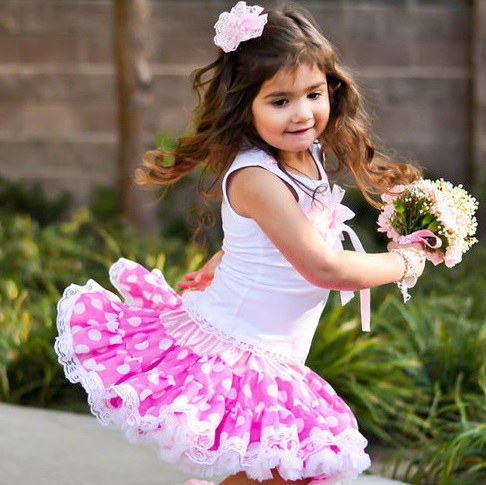 Related articles:
Instruction
1
Fold the fabric four times, and then secure it pre-cut from paper or cardboard pattern of the tier, laying out patterns on length of fabric. Holding patterns, trace them onto the fabric and then cut the desired number of strips for the upper tier. Then cut strips for the bottom layer and Ruche and ruffles. Strips for each layer roll up into a roll and place on Desk.
2
Separately from crepe-satin take a strip of fabric for the yoke. Cut two of the same parts of the fabric to glue and strengthen the yoke, adding to its length of 5 cm. Glue the yoke by means of an iron at the long sides, the top and bottom lines. Now go directly to sewing skirts.
3
Sew the yoke in a ring, leaving a small slit to insert the elastic. Then measure from the middle of the short side of the yoke 3 cm in each direction and make small marks. Route between labels seam and otutyuzhte it. Fold the yoke in half, right side out, align and prostrochite, departing from the fold 3 cm, then make a second line at 5 mm from the previous one. Iron the yoke.
4
Take a strip of chiffon or organza, which you have prepared for the frills, and make it the pleating with the help of a special foot to build, or manually. Ssuite strips and proburivaja them until you get two long ruffles of the same length.
5
Strip for the top tier, sew together, then close them in a ring, leaving a small seam allowance of 3-5 cm and Then do the same with the bottom and sew to the bottom edge of the lower tier one of pleated ruffles.
6
Sew the ruff to the bottom tier of face overlap. The remaining free edge of the bottom layer do with legs small Assembly, then sew together the upper and lower tiers, making the seam allowance to 5 mm.
7
Sew between the layers of finishing tape, and on the edge of the upper layer, as in the previous case, let a small Assembly. Sew the edge of the top layer with the outer edge of the yoke. To the inner edge of the yoke and then sew the fabric lower skirts.
8
The edges of the yoke zigzag or overlock, connecting the upper and lower skirt together. Insert into the stitching at yoke elastic, and then sew to the belt decorative ribbon and tie it to the bow. Skirt ready.
Is the advice useful?
See also
Подписывайтесь на наш канал