How to subtract fraction with different denominators

The main feature of the human mind is the ability to think abstractly. One of the highest forms of abstraction in the human world is the number. There are several categories of numbers, differing in properties. The most familiar and frequently used in everyday life are whole and real numbers. Usually numbers are written in decimal notation. Real numbers are indicated by decimal fractions. One of the drawbacks of recording decimals in decimal fractions is their limited accuracy. When accuracy is particularly important, numbers written as fractions (pair of the numerator-denominator). In some cases, the fraction is very convenient, but arithmetic with them is more complex than with decimal numbers. For example, to subtract fraction with different denominators, we need to perform several mathematical operations. 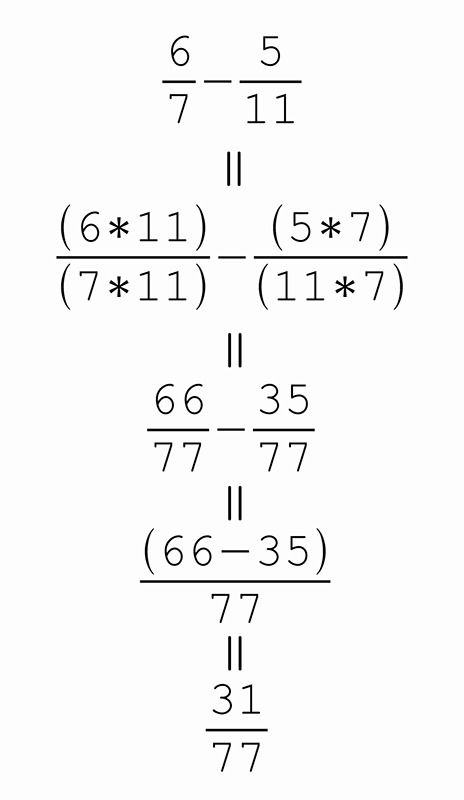