How to determine a counterfeit bill

Law enforcement officers are being called upon citizens to be vigilant in monetary circulation there are more and more counterfeit bills. Craftsmen forge everything from rubles and ending with dollars and euros. Moreover, the fake can be you like deliberately (con foisted. Asking to exchange money) and accidentally. Sometimes even the sellers in the stores mistaken skillfully made counterfeit money for the real thing. But trade workers generally supply special test equipment able to identify a fake. But how to check bill "by eye" to see if it is true or not? 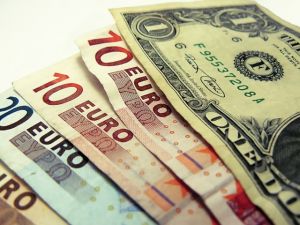 Related articles:
Instruction
1
Turn to the light and lift the bill to eye level. Inspect watermarks – a structural picture that emerges in the light. On the bills (euros and Russian rubles) these signs are multi-ton, with a smooth transition of colors. If the color of watermarks alone and it is dark, most likely, before you fake. Unfortunately, if you are in the hands of the US dollars issued before 1996, watermarks on them will not do them before the States did. But bills after 1996 is equipped with a structural image of the President.
2
Slowly turn the bill up to the light to see if it changes color. So, for the thousandth ruble bill should sparkle raspberry-green coat of arms of Yaroslavl. And the five-thousand – arms of Khabarovsk. Also when leaning into ruble bills visible colored bands on plain parts of the paper. In these dollars and euros are also used changing the color of the paint. Look for it on the numbers: they must overflow with either green and black or purple and brown colors.
3
Use your finger to feel for bill in search of relief printing. It is on the ruble and the Euro, and the us, just in different forms. For five-thousand ruble banknote is a label in the form of three stripes and two dots and embossed inscription "the ticket of Bank of Russia". Dollars fingers easily found the protruding convex letters "THE UNATED STATES OF AMERICA", which is located at the center top of the front side of the bill. A Euro made relief the abbreviation "ECB", which means the European Central Bank.
4
In the present paper banknotes the security thread is inserted, on the fakes they usually do not exist, because it is difficult and costly to introduce microscopic metallic tape to the paper web. Ruble-denominated security thread contain numbers, symbolizing the denomination of the bill. Dollars of the filament, or tape, go with the image of the flag, the letters USA and the nominee. All these distinctive signs can be seen, if you look the bill up to the light. In the Euro banknotes the thread is visible under normal inspection, but no inscriptions or numbers on it should not be.
5
Armed with a magnifying glass and look on the dollar bill microtext. If not - before you fake. Our five thousandth this microtext is located at the top of the banknote, it consists of 5000 numbers. In dollars this protective sign is "hidden" in large and all prominent figures on the bill. Inside them with a magnifying glass you can see the words USA and micro-figures by denomination. The Euro micro-denomination written on the shiny ribbon or in the lower right corner, depending on the denomination of the bill.
Note
In fake dollars the background is usually green and fuzzy. On real bills clearly visible vertical stripes.
Is the advice useful?
See also
Подписывайтесь на наш канал