How to come up with his signature

Anyone ever think about how will look like his own signature. Someone writes his name and the other person comes up with an abbreviation consisting of capital letters of surname, name or patronymic. But everyone wants to have their signature was original, beautiful, special. 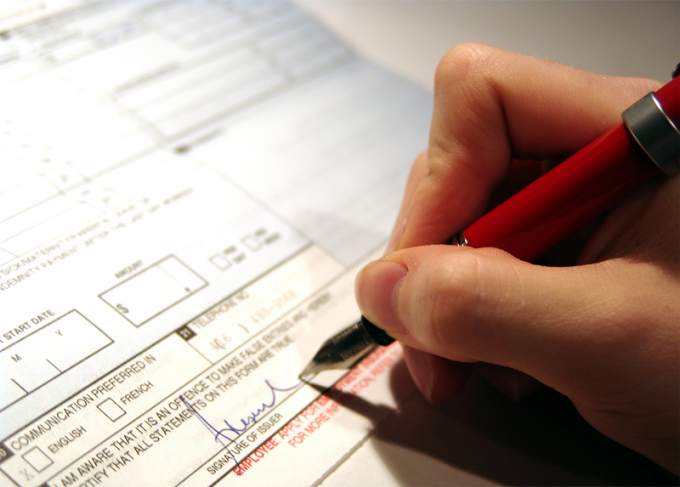 Related articles:
You will need
Instruction
1
First experiment with his name. It is known that most of the people in your signature use the first three letters of the surname, so try to write them on paper, and then carefully look at them, maybe such a signature you like.
2
If you are not satisfied with the first option, you should carefully examine the capital letters of your name and patronymic. Quite often in the caption, use the combination of last name and two capital letters of initials. Try to put forward a name, and then Vice versa initials.
3
Also you can make your signature so that the first letter was the beginning of the next, and the second part of the third. For example, if your name is Peter I. Korneichuk, the first letter "P" will be the beginning of the next, i.e. "And". Using this method you can come up with a lot of options.
4
Today it has become quite popular to write Latin characters, for example, you can write the capital letter of the surname in Latin, and all the rest in Cyrillic.
5
Remember that in the men's signatures should use as much of the clear lines, and female opposite – try to draw all sorts of patterns.
6
Your signature you can finish illegible stroke, for example a sine curve or a broken line.
Note
Signed choose for life. Sometimes people change it, but it is associated with some problems.
Useful advice
After painting was invented, take sheets of paper and within a few minutes several times a day, practice and practice to get your autograph one day become famous.
Is the advice useful?
See also
Присоединяйтесь к нам
New advices