How to find places of power

"Places of power" are referred to as points or areas on the map that have unique bioenergetic characteristics. This term first appeared in the light from the books of Carlos Castaneda, a story about the Mexican magician don Juan Matuse. So don Juan called the place, which is the focus of subtle energies, allowing the magician to control reality and to draw magical power. 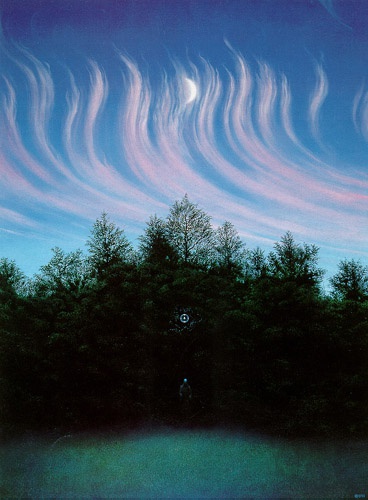 Related articles:
You will need
Instruction
1
Places of power, according to the followers of the teachings of don Juan, can be detected on the surface of the Earth, and under the water. Some adherents claim that such places may be located above and below the planet's surface.
2
Explanations of the nature of the origin of places of power there are several. One of them suggests that places of power are a reflection of the multidimensionality of the structure of the planet. This structure includes both a dense, physical layers, and more subtle, the perfect plans that are relevant to the nature of the Creator.
3
Features of the structure of the crystal grid of the planet, portions of the crust lead to the fact that some areas may be granted more powerful energy-field characteristics. In other words, the energy field on his power placed in the space unevenly. From this point of view places power represent energy or thickening of the funnel in the dense layers of matter that are filled with the energy of the higher worlds.
4
In accordance with the teachings of don Juan, places of power can be divided into positive and negative. Some people are able to draw energy, other energy consuming. But this is not what defines the value of the field strength for a human. Because the places that take energy, can be used effectively to eliminate the causes of serious diseases. Places of power, which gives energy, can, in turn, have a negative and destructive influence on the person if this energy is crude and the charge of negative emotions.
5
To detect power , you can use dowsing rods or the pendulum of the sidereal. The deviation of the pendulum frame or judge the presence or absence of energy fields. However, such "instrumental" finding sacred places does not go to any comparison with the capabilities of the developed consciousness.
6
The instrument detection can be compared with the perception of a person with low vision, while the sensorial perception of the location of the power zones full of combinations and modulations, allowing us to obtain a complete "picture". However, sensitive, intuitive comprehension of the field of force – a kind of a gift, which, nevertheless, can be consistently developed.
Is the advice useful?
See also
Подписывайтесь на наш канал