How to get in the past

The problem of time travel many of us care since childhood. Everyone was trying to solve the problem on its own: someone has climbed to the wardrobe, hoping to travel back to the Middle ages and see the live of knights in armor, someone, reviewing for the New year "Ivan", trying to build a time machine. 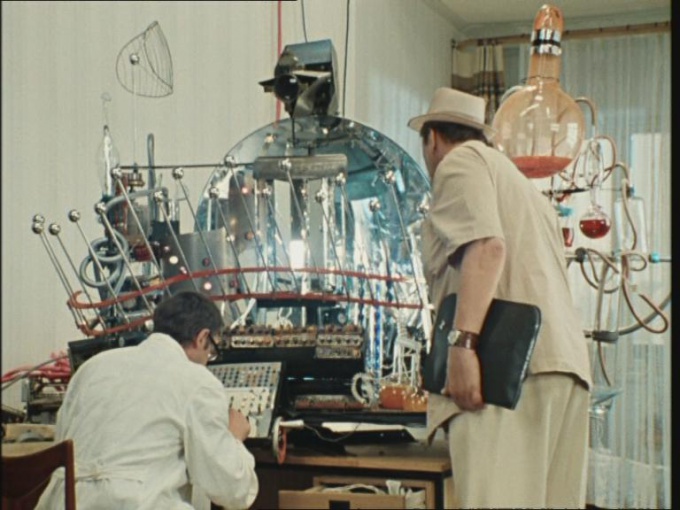 Related articles:
Instruction
1
The first thing that comes to mind is a time machine. This unit at the hearing at all, and many would like to create or have. Many heroes of books and movies to travel through time using time machine. Take the hero of Hg wells (the time Machine"), the heroes of the immortal film "Ivan Vasilyevich changes occupation", and finally, the Marty McFly of the well-known American film "Back to the future. The time machine a lot of modifications, and every writer, screenwriter, film Director, seeks to invent his own. However, most of these invaluable devices are taking close to us and clear image - car, wardrobe and even a sofa.
2
However, the existence of a time machine can be attributed not only to the realm of fantasy. Physicists, mathematicians, astronomers - claim that time travel is possible, but it is not easy as described in books of science fiction writers. There are so-called "theory of wormhole, the essence of which is that different time plane can be connected, if the space will be curved. This theory is based on the General theory of relativity. In the understanding of the layman, these "wormholes" - as corridors between ages, between worlds. Maybe that's why Alice was in Wonderland it was at the burrow, even a rabbit, not a wormhole?..
3
If you get away from abstruse theories created by physicists and mathematicians, we can think about some of the places on earth that are associated with a particular energy (e.g., mazes of ancient people on the Solovetsky Islands). According to legend (and someone is trying to scientifically prove the existence of a source of supernatural power in these areas), these labyrinths were built by primitive people to evil spirits attempting to enter our world from another dimension, got confused halfway. Who knows, maybe these evil spirits only shadows from the past, and the gates to another world simply lead to a bygone era?..
4
Finally, whatever was up with physics and poetry, the most reliable way of travelling in the past is the human imagination. In order to awaken to life that our ability, produced films, written books. In your power to restore the past in my head. Imagine the era of Elizabeth I of England, see what suits then were, as were talking, what were the manners and values, what was food, what was the overall way of life. Of course, it needs a lot to read, but the result is worth it, isn't it? Just do not get carried away strongly and will not move inadvertently to Elizabeth at the Palace, and then in real life in this situation you is likely to wear a straitjacket.
5
Wherever you went - in the Rome of the epoch of Nero, or in the Istanbul of the fifties of the last century, or to the Wild West, or rather, in whatever era you going to stock up on food and hygiene products, and your stomach will hardly stand the test dishes of bygone peoples, and your delicate body, accustomed to the souls and gels - the test of sanitation blind spots of the Past. And take passport - suddenly on the edge of times you will stamp.
Is the advice useful?
See also
Подписывайтесь на наш канал