How to learn to read Tarot cards Tarot

The origin story of the cards of the Tarot are kind of hazy and is associated with numerous legends. They are closely intertwined the various symbolism is Kabbalistic, Gnostic), which complicates their interpretation. Originally (early 15th century), they appeared in Italy, but the system predictions formed only at the end of the 16th century. Already in 1530 , the Tarot began to be used as playing cards throughout Europe. However, today, they came as a legacy of esoteric traditions. 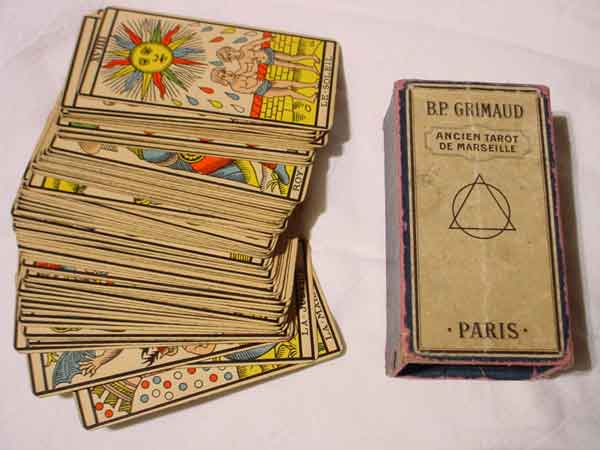 Related articles:
Instruction
1
Learning how to use carts Tarot yourself (by studying a lot of books on this topic) or through the instructor. The main condition for this, your personal predisposition to the mystical, transcendental perception of reality.
2
At the beginning of their studies, whichever way you may choose, you need to see how the wonders of the master, his manner, scheme, skills, and, of course, the result.
3
Tarot are divided into Arcana. The most important older.
Jester smiley. This man is in his nature. The card has a deep philosophical meaning. The fool holds a staff, but he's not just a stranger, he and the Herald, its staff 12 branches – all signs of the zodiac
The mage has many attributes, all of them belong to the younger Arcana that allows you to establish a logical connection in the scenario. The MAG itself is a symbol of the self, of a self-sustaining human space.
The priestess is the embodiment of mystery, it is also a symbol of the feminine, birth and rebirth.
4
Then you will need a deck of cards the Tarot. Buy it is not difficult, it is important to choose one that will suit you (attract your attention). You can use one deck for all occasions, you can have several for certain topics.
5
Next, find a quiet secluded place and start your first experience. Consider each card catch emerging associations and compare them with the classic, gradually bringing his own system of interpretation. Make contact with the cards.
6
It should be noted that there are three levels of "professionalism", based on the features of thinking of the master of the hands of Tarot. First, the student - makes predictions based solely on the classical description of the values of each card. It is difficult to build a coherent picture for each scenario. Second, "psychologist" - basically doesn't read cards, and a psychological portrait of the client. The third, "master - in addition to all these skills, has strong intuition and is able to read information from the unified field. The cards in this case are just a way to tune in.
7
To answer the question, what makes you want to master the art of divination, everyone should own.
Note
Often found mixed use of classical and intuitive methods of divination by Tarot cards. To learn reading Tarot cards, it is possible, first, to study the major Arcana. This is meditation on each noose, and studied values of symbols of card.
Useful advice
In order to tell fortunes to yourself or friends, do not necessarily apply to different fortune-tellers, learn to read you can own. First you need to purchase a deck of cards. It should be Tarot cards. How to learn to read Tarot cards. You must also learn to correctly interpret each sign value. First you need to take out the cards and arrange them on the table.
Is the advice useful?
See also
Подписывайтесь на наш канал