How to connect to the Internet through the "plate"

Internet connection through a satellite dish has become increasingly popular and common in our country. Most of the companies engaged in the provision of satellite television have already established a connection to the Internet as an additional or supporting services. To explain this popularity is not difficult: satellite Internet has many advantages, which every year become more apparent. 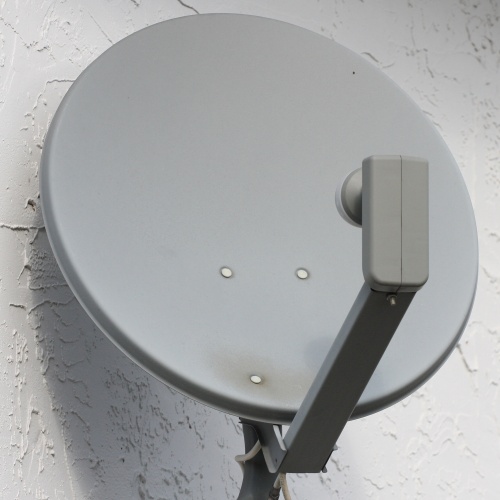 Related articles:
You will need
Instruction
1
One of the main advantages of satellite Internet is its availability. At any point in the coverage area of the satellite, you can easily connect to the Internet through the "plate". This is true even in those places where cable or telephone lines have never been conducted. The second big advantage of this type of connection is high speed data transmission at a very moderate price for 1 megabyte of Internet traffic. The only difficulty that satellite Internet needs of terrestrial channel to transmit reverse input from the user. For this purpose, can be used as GPRS, ADSL and even dial-up.
2
For connecting to the Internet via satellite you will need the actual satellite dish, cable, DVB receiver, DVB-card for the computer, the Converter and the bracket. Also need F-connectors used for connecting the cable to the Converter. If you plan to install and connect the plate fully independently, take care of the heat shrink to isolate cable with F-connector and the anchors for the bracket plates.
3
DVB receiver needs to be configured on the satellite. Primarily terrestrial channel is configured depending on the characteristics of its connections, and the requirements of the provider. DVB-card is inserted in any free slot of the computer, then the supplied in the kit installation disk put necessary drivers.
4
The peculiarities of installing and configuring the drivers is described in detail in the included instructions. So you just need to carefully follow the described steps. After installing the drivers, you must create a new network connection via "start menu"- "setup"-"Network connections". So you need a program GlobaX, which you can download from the Internet. If you find it too difficult to do it yourself, it is better to ask the seller of satellite equipment.
5
At first glance, the configuration and connection of satellite Internet looks quite complicated, but in reality, if you just follow the enclosed instructions, everything is quite clear and fast. In addition, most sellers of satellite equipment now prefer to install it yourself. At the same time as the additional services they provide full control of the equipment. It is sufficient to mention this point separately at the conclusion of the service agreement before checking out masters.
Is the advice useful?
See also
Присоединяйтесь к нам
New advices