How to quickly freeze water

Water freezes at a temperature of 0 degrees Celsius. Suppose you urgently needed for some purposes the ice. How to get it? It would seem that is easier: you just have to swear jar with the liquid in the freezer. But the water, due to the very large specific heat capacity, cools slowly, and the formation of ice can take a lot of time. 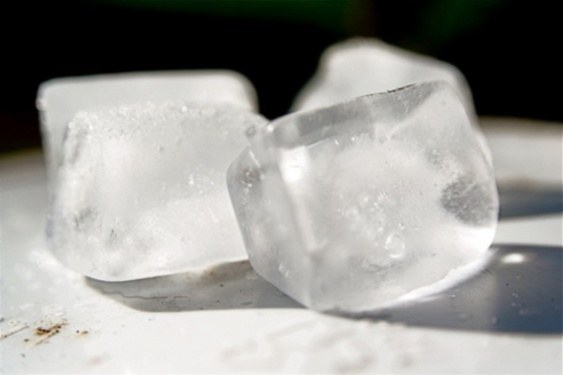 Related articles:
Instruction
1
Speed the freezing point of water depends, first, on the surface area of heat transfer, and secondly, the thickness of water layer: what it is, the slower will freeze the entire volume of water (and Vice versa). So pour water in containers such that the surface cooling was sufficiently large, and the thickness of water layer – small. You can use, for instance, Lednice - plastic substrate with a small and shallow containers, which release specifically for this purpose – obtaining edible ice in the home. Place this bowl of water in the freezer. The ice is formed much faster than if the same amount of water was poured into a plastic Cup, for example.
2
In addition, we can accelerate the freezing of water in the following way. When its temperature is already close to 0, throw it in each tank is one or two grains of salt. Seemingly a paradox, it is known that salt water freezes at a lower temperature than freshwater. But this paradox is only apparent: the mass of salt is so insignificant that the water will actually remain fresh, and the grains will be kind of the initiators of crystallization.
3
If you have long thin the tube (only metal), it is possible very quickly to ice with liquid nitrogen. Let's take this container of water (with a long clip or wire) in the Dewar vessel, of course, not completely, so that liquid nitrogen is not poured it. After some time remove. As soon as the vessel wall heats up, the ice can easily be removed.
4
Can be used for rapid freezing of water the property of certain chemicals to dissolve, absorbing large amount of heat. For example, there is a substance – ammonium nitrate (ammonium nitrate). It is widely used in agriculture as nitrogen fertilizer. If the ice you want to obtain, is not used for food purposes, add the ammonium nitrate directly into a container with chilled water and dissolve while stirring. Then again, place a container in the freezer. The ice formed within minutes.
Note
When working with liquid nitrogen, observe all precautions. When working with ammonium nitrate do not forget that it is a poisonous substance. This ice in any case can not be used to add to drinks.
Is the advice useful?
See also
Присоединяйтесь к нам
New advices