How to ice instantly

If at home you have nothing to do and want to have fun, can hold a fun and interesting experiment. All the necessary ingredients for this experience are for everyone. The experiment can be exciting and will help you to learn something new. 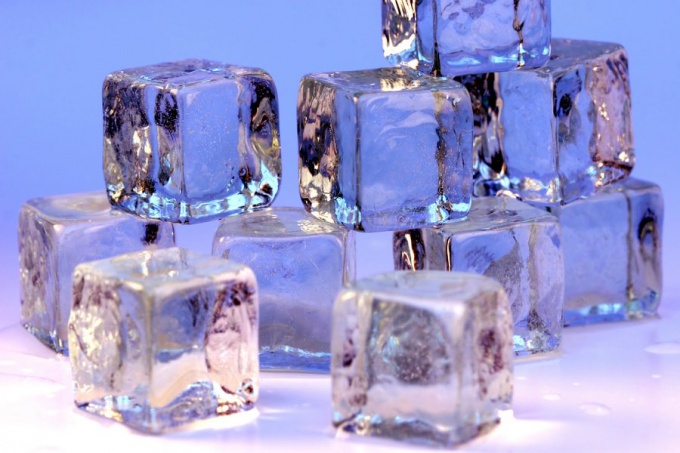 Related articles:
You will need
Instruction
1
Take a small saucepan and put it on the stove. Pour it in the vinegar, and proceed to pour the soda evenly stirring the formed mixture. When it becomes homogeneous, pour it into a glass or any other container and refrigerate the mixture to cool. The resulting liquid is called sodium acetate. The observance of accuracy in proportions not very important - do everything by eye, the amount of soda and vinegar should be about the same.
2
Remove from the refrigerator is frozen combination of vinegar and baking soda. If the liquid freeze, you have got to make ice. If the surface was not frozen liquid, drain it, then the result of insufficient evaporation of vinegar. The cooled mixture is called hydrated sodium. Once you've got a container of sodium acetate, begin immediately to do the experiment, otherwise it will begin to draw in water, and the amazing effect will not succeed.
3
Then put the solid piece on the fire. He starts to melt down. Start to pour it into another pot, leaving the sediment in the vessel in which you heated the ice. Cover the pot with a cloth, so the liquid ahead of time is not hardened.
4
Take a tiny piece of an already solid sodium acetate and (this is the same as the sodium acetate), or just anoint them the finger. It can be taken from what remained after draining. By the time he was already cured.
5
Then the fun begins. Now remove the napkin and touch the surface of the liquid. In front you will see a unique metamorphosis: liquid in the eyes will turn into ice!
6
Not only can you turn the liquid sodium acetate in ice, but also to do a variety of shapes and silhouettes. To do this, RUB a piece of dry crystalline sodium surface by any plane bounded by edges. Start gradually pour on it the liquid sodium acetate. Only coming into contact with the surface, it will freeze in the eyes. Pour very slowly, then it will grow hill. Thus, you can form various figures. So easy and interesting to spend time and amuse yourself or friends.
Is the advice useful?
See also
Подписывайтесь на наш канал