How to quickly learn chords

Performance of any song, requires the accompanist the ability to quickly rearrange the chords. A professional usually does not think about it, and aspiring musician thinks painfully every time him where he could put his fingers. That it moved from a dead point, you have to stop every time to count strings and frets. 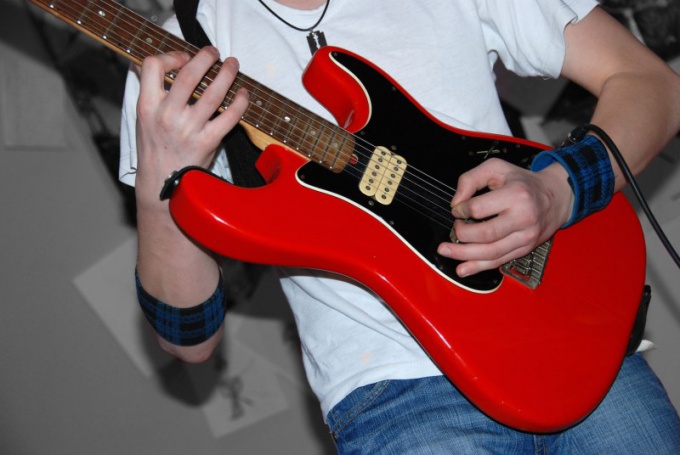 Related articles:
You will need
Instruction
1
Remember, what gives the sound of each open string. There are chordsthat you can take, not clamping the strings at all. A seven-string guitar is a g major triad. Six-string guitar provides in this sense a few more features. Alone on the open strings can sound treatment of the e minor and g major triads, and the e minor seventh chord. Note the combination of strings. If you own Barre technique, you have a considerable Arsenal of chords. This combination can take on any fret, so - in any key.
2
Please note that each key has a certain set of chords. Main are built on the first, fourth and fifth steps. To determine the levels very convenient to use the piano keyboard, even if it is just painted. The tone is called the first stage. In C major it will sound. The fourth stage in this key - FA, the fifth Sol. Find these steps in other keys.
3
Analyze what intervals consist of chordsbuilt on these sounds. A major triad consists of the major and minor thirds, and basically the chord a major third is at the bottom. In the minor of the opposite - a minor third under a big.
4
Try to take a sequence of triads in the selected key. The determinant of the chords choose the most convenient position. For beginners suitable sequence that can be played on the first three or four frets.
5
Having mastered three basic chords, learn the dominant seventh chord occurs. It is based on the fifth stage and is to major from large and two small thirds. A major third is at the bottom. In minor the very bottom should be a small third, but minor scales several. Most other common harmonic minor with the raised seventh degree, which falls within the dominant seventh chord occurs. So this chord would be exactly the same as in the same major.
6
Taking the dominant seventh chord occurs, you will feel that it sounds unstable. This chord requires resolution. As a rule, after it is a tonic triad. This is one of the main sequences of chords. Try to play the first and most basic progression. Take the tonic chord, and then the ones that are based on the fourth and fifth steps, the tonic and dominant seventh chord occurs again. Knowing the progression, you can play many works.
Useful advice
Some programs are guitar chord progressions in different keys. In addition, Guitar Pro has a progression of chords, characteristic of different styles.
Is the advice useful?
See also
Подписывайтесь на наш канал