How to win a game of chess

Chess party are usually divided into three parts — the opening, middlegame and endgame. To win in the debut of the faster enter the fight figures to none behind. In the middle of the game — the middlegame — by all means attack the enemy king. In the final stage, when most of the shapes asmenini, for the remaining enter the battle of the king to win a pawn. 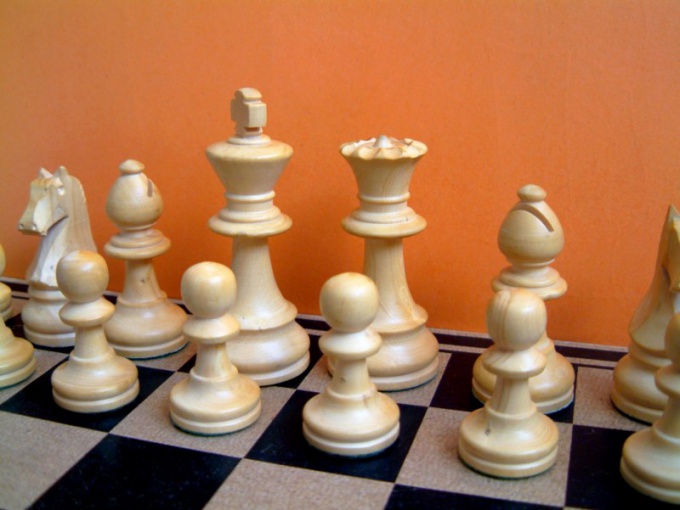 Related articles:
Instruction
1
If you know that the opponent is playing a lot stronger, I'll give you odds. Otherwise, because of the obvious inequality of forces, the party is not interested in you or partner. The handicap referred to the advantage that before the party gets a weak player. Remove from the Board Queen of the partner and start the party. If I win, next time use as the odds of the rook, etc. — until you learn to fight on equal terms.
2
In the beginning of the game capture pawns in the center of the Board. Most likely, the opponent will do the same, but at least one of your pawn must stand on the Central field. If you play the white pieces, fight for cells e4 and d4. When playing black the next goal on e5 and d5.
3
As quickly as you can unlock the "lungs" of figures, horses and elephants. Make sure that you keep control of the center of the Board. Playing white, the horses can be put on fields c3 and f3, bishops on c4 and f4. Similarly proceed if your pieces are black. Another option is to attack elephants on horses. If the partner has placed the horse on the field f6, take the Bishop on g5. There are other schemes of the game, which will be introduced later.
4
One of the key tasks is to hide the king from the opponent's attacks. To achieve the goal quickly make the switch.
5
Enter into combat with the remaining figures of the Queen and rooks. Place them in open and semi-open lines, i.e., vertical, fully or partially free of pawns. These shapes are called heavy, they need space to maneuver.
6
Avoid unfavorable exchanges of pieces and pawns. Horse or elephant strength approximately equal to three pawns. If you give the horse, but take the opponent's three pawns is equivalent exchange. Similarly, with the elephant — to give it for two pawns unprofitable. But you can change the horse on an elephant — the balance on the Board will not be violated. The rook is approximately equal to five pawns. So you can give it for Bishop and two pawns. The Queen is approximately equal to nine pawns. It can be exchanged for a rook, knight and pawn, because 9 = 5 + 3 + 1. Carefully consider the strength of the figures and avoid mistakes. The power of the king is not measured because it is not cut.
7
Do not move the pieces around without purpose. To checkmate the king, should be directed in his direction as much as possible forces. With each stroke harder and solve this challenge, and the opponent will not be easy.
Useful advice
To raise the level of play, study of typical positions, matte, tactical methods and principles of chess strategy. Buy a few books for beginners, solve problems, and more practice.
Is the advice useful?
See also
Присоединяйтесь к нам
New advices