How to reduce a black eye

The reasons for the emergence of such unpleasant phenomenon, as the bruise under the eye, Massa accidents at work, injuries, falls, conflicts between people are... Life is full of surprises, both pleasant and not. And no one is immune from them. In any case, "put" bruise easily, and quickly and effectively get rid of it seems difficult. However, to cope with this problem possible, the main thing - not to lose time. 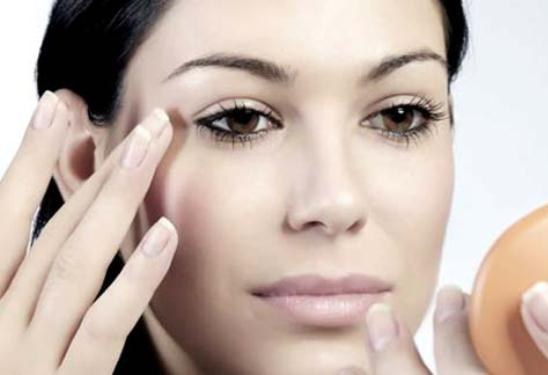 Related articles:
You will need
Instruction
1
If you have an accident, you fell and hurt yourself, apply directly to the site of injury something cold (e.g. a bag with ice or a metal coin) for 15 minutes. Vessels narrowed, and under the skin will get less blood. Consequently, the area of the bruiseand also will be less. After plenty of grease place of injury troxevazinum ointment.
2
To quickly reduce the bruising under the eye will help creams and drugs containing rutin, heparin, vitamin P or chestnut extract ("Askorutin", heparin ointment, entanglement). Effective use of products based on Arnica. Providing anti-inflammatory effect, they promote the resorption of bruises.
3
To reduce the bruise will help and folk remedies. Prepare a decoction of herbs of rosemary and mother-and-stepmother. Taking them in equal parts, pour a glass of water, boil 5 minutes and allow to stand for half an hour. From the resulting broth make lotions for the injury.
4
Make a compress of honey and vegetable oil. Take a tablespoon of each component, mix with egg yolk and flour. The resulting mush apply to the site of injury on the day.
5
Excellent proven remedy for bruises is vodka. Mix it with water in equal parts and freeze to form ice. The resulting cubes wipe as often as possible the site of injury.
6
Mix 2 tsp celandine herbs, bark viburnum and a tablespoon of crushed leaves of aloe. Pour small amount of boiling water and allow to stand for half an hour. The resulting mixture is applied to the bruiseand rinse after 20 minutes. Such gadgets contribute to narrowing of the blood vessels and rapid healing.
7
Mix a tablespoon of pulp from the aloe leaf, 3 teaspoons of a grass of a celandine and a small raw beetroot, put through a fine grater. From the juice released from the resulting mass, make a compress on the injury site. Best on the night.
8
Take 2 tablespoons of dried calendula flowers and fill them with ½ Cup of boiling water. All this boil for 5 minutes in a water bath. Let cool and make a compress of the resulting broth.
9
Hematoma quickly disappears when applying a compress of onion and salt. Grind grated onion, add salt and wrapped in cloth, three times a day apply to the injury site for 15-20 minutes.
Is the advice useful?
See also
Подписывайтесь на наш канал