How to win in poker

Poker has always been considered a game for intellectuals, because here, in contrast to other gambling games can be won not only due to crappy luck, but also thanks to their brains, and the ability to calculate a situation to take advantage of the confused opponents. Many people have made poker their profession, because they know how to play and win. 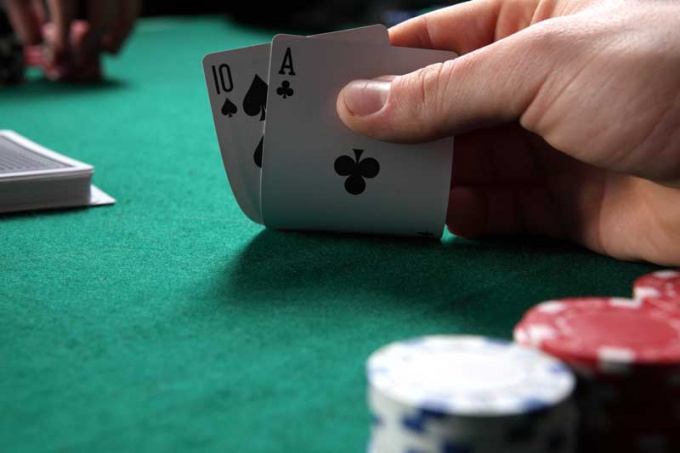 Related articles:
Instruction
1
Recently the increasing distribution receives online poker where you can play from the comfort of the apartment, at his computer with players from around the world. Win at poker both beginners and seasoned sharks. The first is obtained mostly by chance, experienced players are able to do this on such a regular basis that poker for them has become a way of earning a living.
2
To win in any game, you need to start to learn its rules. There are several varieties of poker but the most players going for the classic Texas hold'em tables. First decide whether you want to do your specialization tournaments or do you prefer cash games. The game rules are identical for those for the other, but the strategies differ greatly.
3
Suppose you stopped at tournaments in the tournament you can log in with penny fee, and sometimes even free (for example, in a Freeroll), and to win from $ 1 to 1 million all of the same crisp green notes.
4
By making a buy-in fee for participation in the tournament), you get in the tournament. At the appointed hour the game begins. If you have ever watched one of these tournaments, you couldn't help notice that most of the players (and sometimes their number reaches several thousand) fly out of the game literally in the first half hour. Basically, it's people trying to catch the luck by the tail and going for broke on almost every map.
5
If you give in to their passion, with the hope of winning can say goodbye. Lead your own game. Play only strong hands. The more rising interest rates, the careful act. If you have a winning combination, do not rush to go for broke, raise your bet by a small amount. But when to respond, start to increase the size of the pot. But never forget that the neighbor may have a combination of stronger than yours.
6
At least in online poker you do not see the faces of the opponents, still each of them can be studied by monitoring the style of play for several rounds. Look to the opponents, this will help you to play the game. If always passing the player suddenly goes all-in, this can be a signal to you that he had a very strong hand and you should fold. Conversely, if the opponent is seen in the bluff, you can pretend that you give him, and later cover it a powerful combination.
7
So to win at poker is required – knowledge of the rules of the game, experience, the ability to keep calm ability to resist passion, discretion, a proper strategy and a little luck. If you perform some of the above points, you will win from time to time. And when you conquer the entire list you may add a couple of my own comments, poker you will win, and win you will always. Well, almost always.
Note
Always keep an eye not formed on the table likely straight, flush or full house, which is likely to be stronger than your hand.
Useful advice
If on the flop you were paired images (ACE-ACE, king-king, and so on), feel free to go for broke. Your chance of winning in this case is very large.
Is the advice useful?
Присоединяйтесь к нам
New advices