How to quickly learn to play poker

Poker is considered by many to be the most interesting and fascinating card game. For someone such games are simple entertainment, but other poker helps earn. Many would like to learn how to play poker to support the company and keep up with friends. 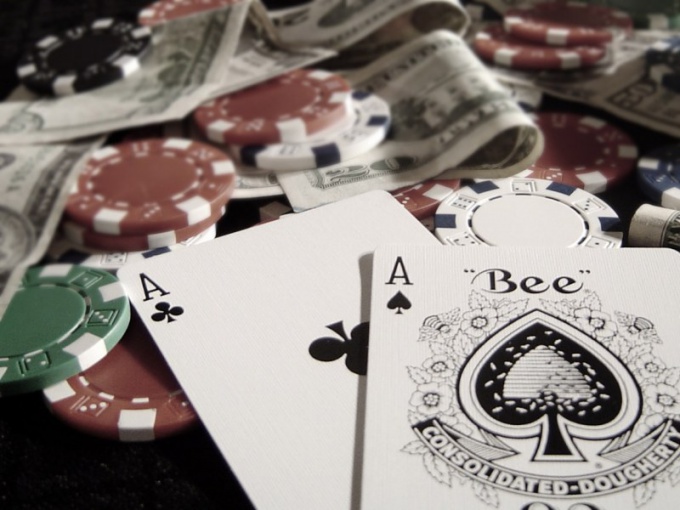 Related articles:
You will need
Instruction
1
Learn all the combinations that are in the game and remember their seniority. Pair - two cards of the same rank; two pair, three of a kind - three cards of the same value; straight - five cards follow in order of seniority (ten, Jack, Queen, king, ACE); flush - five cards of the same suit; full house three and pair (three Queens, two kings); four of a kind four of the same card; straight flush - five cards of the same suit, they follow each other according to seniority; a Royal flush - ten, Jack, Queen, king and ACE of the same suit.
2
In rare versions of the game there is another combination: poker - 4 identical cards and a Joker. If you just want to play in the family circle, to teach special terminology is not required. But to participate in tournaments need to know all the terms that are connected with poker. You also need to remember all the game rules in poker of them. The most popular variation is Texas holdem, it is a combination of "poker".
3
In this poker, each player receives two cards, called "pocket". These two cards did not see anyone other than the owner of these cards. Then laid out the five community cards. They are used by all players to obtain combinations. Before the cards are dealt, the playing must place a bet. The player who sits to the left of the dealer posts the "small blind" - half the minimum bet. Left places the "small blind" pays the "big blind" - bet the minimum.
4
This is followed by "pre-flop", at this stage, players have either bet the "big blind" and move on, or raise the bet or leave the game. The next stage is "flop" in this round table laid out three cards from the five community. Players can make or raise the bet or leave the game. Next, spread on the table the turn - the fourth community card. The last stage of the game river, where the dealer reveals the fifth card.
5
When all of the cards laid out, and bets are made, players must open - open your map. The winner is the player who develops the strongest combination. If the forces are equal, the pot is split. This is the most basic rules of the game, if you want to learn better poker, practice with family or in online games.
Is the advice useful?
Присоединяйтесь к нам
New advices