Where to go in Rome

Rome is the capital of fabulous Italy and one of the oldest cities in the world. It is called the Eternal city – Rome's history spans more than three thousand years. Throughout its existence it has accumulated many cultural treasures, but also created on its territory an independent state – the Vatican. Despite such a venerable age, the Italian capital and to this day remains one of the romantic and beautiful cities in the world. 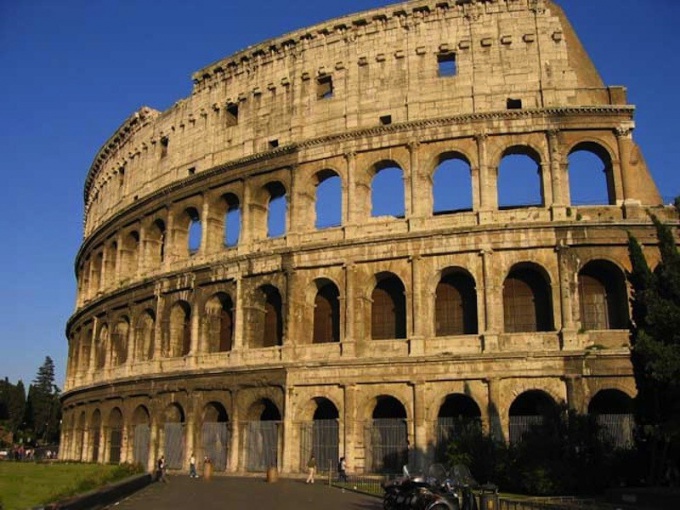 Rome – a Mecca for lovers of Renaissance architecture. No other capital city can boast such a number.this hotel is within the one square kilometer of its territory. "All roads lead to Rome" is a famous saying perfectly illustrates the greatness and importance of this city. That's just which way the first thing to go in the Eternal city, it is difficult to determine immediately - too much of it is interesting. Start your walk in Rome with the Colosseum. This is one of the famous attthis hotel is within the Italian capital, but also throughout Europe. What did not seen this Roman amphitheatre: the gladiators, and the hunting of wild beasts and naval battles, for which the whole arena was filled with water. Touching the old marble from which made its walls, you can feel the breath of the centuries-old history. To the present day survived only the Northern part of its outer walls. Despite this, the ruins of the amphitheater attract many tourists.The Pantheon is another popular among visitors to Rome place. This so-called temple of all gods. Its large columns and the impressive dome is truly mind-boggling, but the interior from the first minutes immersed in the tranquility. Magnificent frescoes, marble statues of the gods, chapels – all this makes us think about the magnificence of the art of Ancient Rome. Inside the Pantheon there is only one window, it is on the top of the dome, which gives the interior an air of mystery.In Rome there is a huge variety of fountains. The most famous one is Trevi fountain. It is the largest and most beautiful fountain of the city. According to legend, it is necessary to throw a coin, make a wish, and it will surely come. Wanting to do it more than enough. Daily thrown into it about three thousand euros.Roman Forum – another landmark of the city. It is the ancient ruins are pretty overgrown with bushes and grass. The forum during the reign of Julius Caesar was the political center of Ancient Rome. Go to Capitol hill. It is the smallest of the seven hills on which Rome stands. He and small in size. However, this hill is considered the heart of the city. On it is a steep marble staircase. Once here stood the temple of Jupiter. Now, in the center of the hill is the square of the Capitol, which was designed in the 16th century Michelangelo himself. It is surrounded by three palaces. On the right is the Palace of the Conservatives, the left is the New Palace, deep Palace of the Senators. In the first two palaces are now museums, while Palazzo senatorio is a municipality.Right at the foot of Capitol hill starts on Piazza Venezia. For local residents it has the same meaning as the Red square for Muscovites. Here is the Palace of Venice. Now there is a wax Museum that you should visit. From Piazza Venezia begins the Via del Corso, which is popular with guests of the Italian capital not less than its cultural heritage. This street consists almost entirely of brand shops of popular designers. Here you can buy quality items at modest prices. Shopping in the Eternal city is unthinkable without a visit to the famous shopping center "Cinecittà". It was built in the late 80-ies of the last century and includes hundreds of shops, restaurants and bars.And, of course, it is impossible to imagine a trip to Rome without visiting the Vatican city, which is the main Catholic Cathedral in the world – St. Peter's Basilica. Its huge dome is visible from almost every point of Rome.Check out the local trattoria. It is the Russian analogue of the tavern. One of the best Roman trattorias is Felice. It received its first visitors in 1936. Since then its interior has undergone changes, but the menu has changed little. Here you can enjoy both classic Roman dishes, including fettuccine with mushrooms and tomatoes, puntarelle – fresh vegetables with garlic sauce and, of course, real Italian pizza.
Is the advice useful?
Подписывайтесь на наш канал