How to translate the middle of salt in the acidic

Salts – a class of chemical compounds that includes substances consisting of metal cations and anions and the acid residue. They are divided into average, acidic, basic, double, mixed, complex and hydrated. 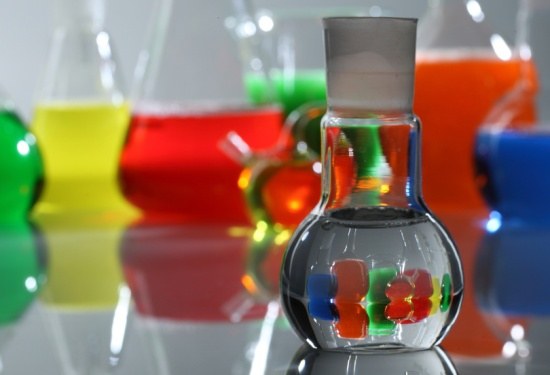 Related articles:
Instruction
1
Can I transfer medium-sized salt in an acid? How to achieve this? Yes, you can. For this there is a very simple way: it is necessary to act on the middle of the salt with excess of acid, the anion of which forms part of it. For example, you have soda ash – sodium carbonate, its formula is as follows: Na2CO3. You need to get a familiar product - baking soda (i.e. sodium bicarbonate) NaHCO3.
2
Act on sodium carbonate with excess carbon (carbon) acid, the reaction will look like the following: Н2СО3: Na2CO3 + H2CO3 = 2NaHCO3. The result is sodium bicarbonate.
3
Or, for example, you have an average salt – potassium phosphate translesanas К3РО4, phosphate potassium. How can I get from it hydrogen phosphate? Act on this salt with excess of phosphoric acid Н3РО4: 2К3РО4 + Н3РО4 = 3К2НРО4. The result of this reaction you will get an acidic salt potassium hydrogen phosphate.
4
If you want to obtain more acidic salt, i.e. potassium dihydrophosphate, КН2РО4, phosphoric acid will have to take in a greater excess. Chemical reaction will then proceed according to the following scheme: К3РО4 + 2Н3РО4 = 3КН2РО4. Of course, all of the above fully applies to any other acidic salt.
5
If your objective is to put sour salt in the middle of salt, it is necessary to act exactly the opposite way. That is, add to the solution of the acidic salt of the corresponding base formed by the metal ion which is part of the salt. Example: NaHCO3 + NaOH = Na2CO3 + H2O.
Useful advice
Average salts are compounds in which all hydrogen ions replaced by metal ions. Example: CA3(PO4)2, К2СО3. And the molecules of acid salts of hydrogen ions replaced by metal ions is not fully, but partially. Example: КН2РО4, NaHCO3.
Is the advice useful?
See also
Присоединяйтесь к нам
New advices