How to dampen or enhance the hydrolysis

Hydrolysis of salt is its interaction with water, resulting in a weak electrolyte. The name of the process of hydrolysis, in translation from Greek means "decomposition by water". The hydrolysis can either increase or weaken by external influences. How can this be achieved? 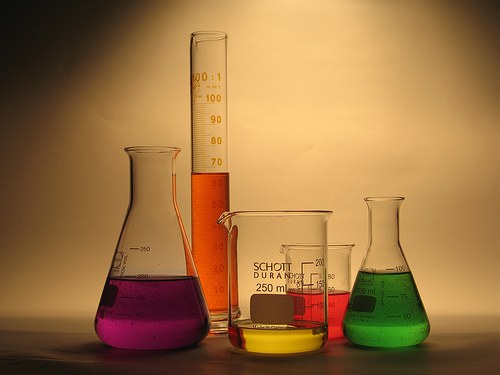 Related articles:
Instruction
1
One of the fundamental rules concerning chemical reactions, "the principle of Le Chatelier", States that in an exothermic reaction (the heat), the temperature rise lets her go, and if endothermic (going with absorption of heat) – on the contrary, promotes. Hydrolysis is an endothermic reaction. Therefore, if you raise the solution temperature, it will flow easier and more complete. On the contrary, if you lower the temperature of the solution, it will be weakened.
2
The higher the concentration of salts undergoing hydrolysis, the slower and harder it goes. That is, if you want to weaken the hydrolysis, add to the solution a new portion of salt. Accordingly, if you want to increase the hydrolysis, reduce its concentration.
3
If the result of the hydrolysis one of the products precipitates (i.e., forms a slightly soluble compound), or turns to gas, hydrolysis proceeds to the end. In other words, strong hydrolysis corresponds to a deletion of at least one product from the reaction zone. Since hydrolysis is one of the varieties of chemical reactions, and this rule applies to all reactions, without exception.
4
An effective method of strengthening of the hydrolysis method of "mutual gain". Its essence lies in the fact that when mixing solutions of two salts are slightly hydrolyzed, one of which is formed by weak acid and strong base and other strong acid and a weak base, is the binding trapped in the same solution of hydrogen ions and hydroxyl ions. As a result, according to the principle of Le Chatelier, "joint" hydrolysis proceeds almost completely.
Useful advice
Any salt consists of the anion and cation. Therefore, hydrolysis may go one of three possible options. If hydrolysis proceeds according to the anion, the water interacts only anion (as a result, the solution will be alkaline), if the cation, respectively, only the cation (the resulting solution will be acidic). There are "joint hydrolysis", when filled with water act as anion and cation. And what will be the solution in this case depends on the strength of acid and base that formed the salt.
Is the advice useful?
See also
Присоединяйтесь к нам
New advices