How to classify salt

Salts are divided into secondary, acidic, basic, double and mixed. They all have wide application in everyday life, but even more in industry. Understanding of classification of salts makes it possible to understand the basics of chemistry. 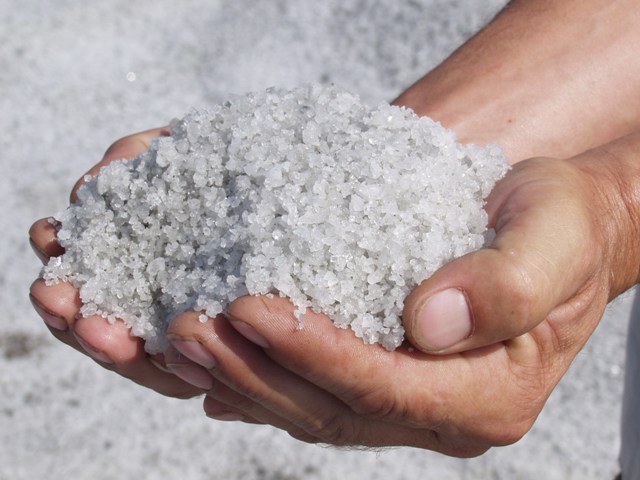 Related articles:
Salt is a chemical compound in which the metal atom is associated with acid residue. Unlike salts of the other connection is that they have a pronounced ionic character connection. Therefore, the relationship of so-called ion. The ionic bond is characterized by unsaturation and dared. Examples of salts: chloride of sodium or kitchen salt, NaCl, calcium sulfate, or gypsum – СаЅО4. Depending on how fully are replaced by hydrogen atoms in the acid or hydroxo-groups are distinguished hydroxide medium, acid and basic salts. Salts may include several metal cations is double the salt.

The middle salt is a salt in which there is a complete substitution of hydrogen atoms by metal ions. Kitchen salt and gypsum are examples of such salts. Average salt encompass a large number of compounds, often naturally occurring, for example, zinc blende – ZnS, Perret – FeS2, etc. This form of salt is the most common.

Average salt produced by neutralization reaction when the acid and base are taken in equimolar ratios, for example:
H2SO3 + 2 NaOH = Na2SO3 + 2 H2O
Turns out the average salt sodium sulfite. If you take 1 mole of sodium hydroxide, then the reaction will go as follows:
H2SO3 + NaOH = NaHSO3 + H2O
Turns sour salt is sodium Hydrosulphite.

Acidic salt a salt in which not all the hydrogen atoms are substituted with metal. Such salts are capable of forming only a polybasic acid – sulphuric, phosphoric, sulphurous and other. Monobasic acids such as hydrochloric, nitric, and other acid salts do not give.
Examples of acidic salts: sodium bicarbonate or baking soda is NaHCO3, sodium dihydrogen phosphate – NaH2PO4.

Sour salt can also be obtained by interaction of secondary salts with an acid:
Na2SO3+ H2SO3 = 2NaHSO3

Double salt – a salt in which the metal replaces the hydrogen atoms in the acid residue. Such salts are possible for polienovy acids. Examples of salts: sodium carbonate, potassium NaKCO3, potassium aluminum sulfate – KAl(SO4)2.. the Most common in the home double salts are alum, for example, aljumokalievyh alum – KAl(SO4)2 12Н2О. Will use them for water purification, leather tanning, for loosening test.

Mixed salt is a salt in which the metal atom is associated with two different acid residues, for example, bleaching powder - Ca(OCl)Cl.
Is the advice useful?
Присоединяйтесь к нам
New advices