How to calculate the radius

The radiusis a parameter that determines the exact size of the circle or sphere, a knowledge of it alone is enough to build such geometric shapes. The radius associated with relatively simple correlations with other characteristics of rounded geometric figures - perimeter, area, volume, surface area etc. This allows a simple calculation to find the radius based on indirect evidence. 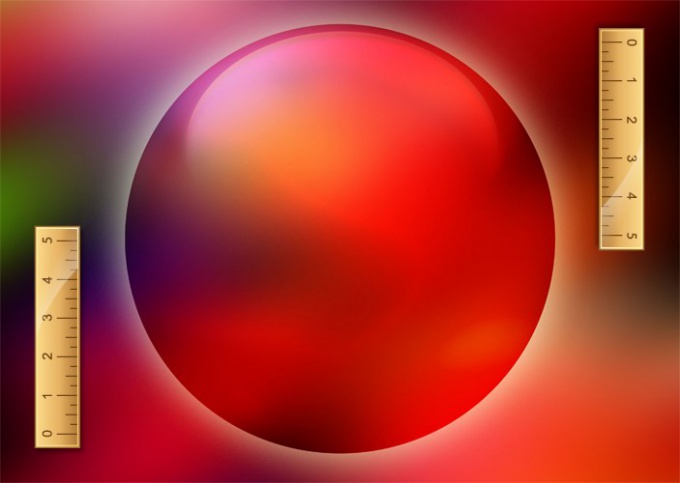 Related articles:
Instruction
1
If you want to calculate the radius (R) of a circle, the perimeter (P) which is given in the source terms, divide the circumference - the perimeter is to double the number PI: R = P/(2*π).
2
Area (S) of the plane bounded by a circle can also be expressed through the radius (R) and the number PI. If known, remove square root from the ratio between the area and the number PI: R = √(S/π).
3
Knowing the arc length (L), i.e. of the perimeter of the circle and the corresponding Central angle (α) is the radius of the circle (R) to calculate also possible. If the Central angle in radians, just divide it on the length of the arc: R = L/α. If the angle is given in degrees, the formula is much more complicated. Multiply the arc length of 360°, and the result divide by twice the product of PI to the size of the Central angle in degrees: R = 360*L/(2*π*α).
4
It is possible to Express the radius (R) and using the chord length (m) connecting the extreme points of the arc, if measured in degrees the angle (α) that forms the sector of a circle. Divide the half chord length by the sine of half the angle: R = m/(2*sin(α/2)).
5
If you need to calculate the radius (R) sphere, inside of which is enclosed known volume of space (V), will have to calculate the cube root. As a radical expression, use triple the amount divided by four PI: R = 3√(3*V/(4*π)).
6
Knowledge of the surface area of the sphere (S) also allow to calculate the ball's radius (R). To do this, extract the square root of the ratio between the area and quadrupled the number PI: R = √(S/(4*π)).
7
Knowing the entire area of the sphere, but only the area (s) of its part - segment of a given height (H), it is also possible to calculate the radius (R) three-dimensional figures. Half the area of the segment, divide by the product of the height by PI: R = √(s/(2*π*H)).
8
The simplest is to calculate the radius (R) according to the known diameter (D) of the figure. Divide this value in half and get the required value as for the circle and sphere: R = D/2.
Is the advice useful?
See also
Подписывайтесь на наш канал