How to recognize a poisonous mushroom

Gathering of mushrooms or "quiet hunting" is very a pleasant and useful pastime if you are armed with sufficient knowledge, or hunter, you run the risk of becoming a victim. How do you avoid mistakes and recognize a poisonous mushroom? 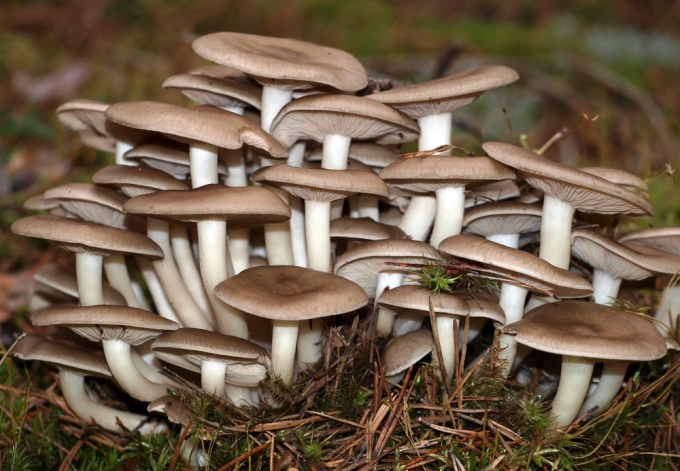 The greatest danger for the inexperienced mushroom pickers are not well-known mushrooms and toadstools that look like edible poisonous mushrooms. The most coveted mushroom white mushroom has few counterparts among poisonous. Gall mushroom looks almost indistinguishable from white, and even experienced mushroom picker can make a mistake. Please note on the bottom surface of the pileus: the toxic pink color, and the cut piece of the cap quickly reddens. Satanic fungus that knowingly has such an ominous name. Leg it is much thicker than the boletus, the legs are pinkish. Cut the flesh of this mushroom, and if it will quickly turn red and then turn blue – throw it immediately! Satanic fungus is one of the most poisonous.


Paradoxically, poison can be even good, edible mushrooms. You should not collect mushrooms the old, outgrown. They accumulate toxic substances, and even boletus, porcini, boletus can cause serious poisoning.


Quite difficult to distinguish the good mushrooms from poisonous even for experienced mushroom pickers. So, at the end of the summer mushrooms appear EN masse and at the same time in the forest can find their counterpart – toxic sulfur-yellow and brown-red mushrooms. You should alert records reddish or milky white in color, and thickened the base of the mushroom. These are distinctive features of non-edible mushrooms. From edible autumn mushrooms honey hat with scales, there is a white film, the purpose of which is to tie the stem of the mushroom with the edge of the cap. Brown-red mushrooms differ an unpleasant pungent odor and taste, and contained in them the poison affects the digestive tract.


Are poisonous and some mushrooms as lines and wrinkles. The poison contained in them is not destroyed by boiling, and causes acute poisoning, especially in children.


There are a number of mushrooms that can not be consumed raw. This so-called mlechnikov, or mushrooms, your favorite we have mushrooms, volnushki. In Western Europe they are considered poisonous and not eaten. To make these edible mushrooms by a long vymachivanie or boiling. Soak the mushrooms for a few days. The broth is definitely drained, and fry mushrooms. There are about 50 species of fungi, which under insufficient thermal processing or eating raw, cause acute poisoning. Most worryingly, some types of mushrooms absolutely incompatible with alcohol, which intensifies the symptoms of poisoning.


Utmost care and accuracy in a "quiet hunt" will allow you to recognize a poisonous mushroom and protect themselves from danger. Remember that fungi always grow in the same place, so if you do not damage the mycelium, then the next year you will find under the sacred Bush of edible mushrooms is the same as in previous years.
Is the advice useful?
Присоединяйтесь к нам
New advices