How to identify internal bleeding

To determine the internal bleeding is much harder than the outer. Because the blood enters the abdominal or thoracic cavity, or in any hollow organ – the stomach, bladder, uterus or bowel. And since even a slight loss can be life-threatening, characteristic of bleeding symptoms everyone should know. 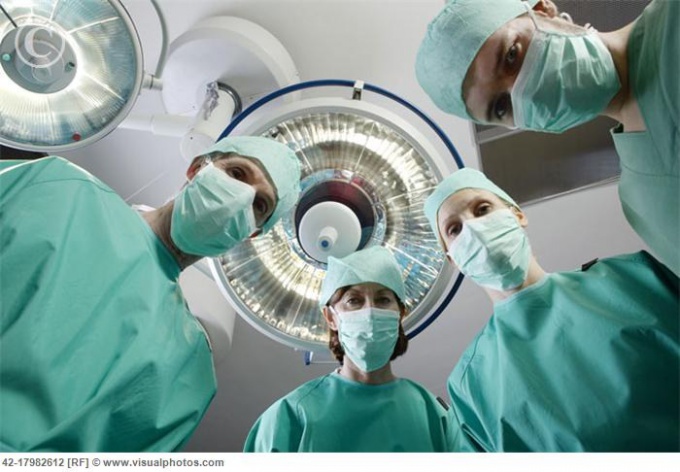 Related articles:
Instruction
1
Minor internal bleeding, e.g., hemorrhoids, fissures, polyps may cause a decrease in hemoglobin and in compliance with this condition of the symptoms, namely, pallor, dizziness, headache, frequent yawning, fatigue.
2
When severe internal bleeding to the above symptoms joins sudden pallor, cold extremities, thirst, clammy sweat, drowsiness, dizziness, deterioration of health, decreased vision (sensation of veil before eyes), shortness of breath. When failure to provide first aid marked relaxation and increased heart rate, palpitation is felt. When a large blood loss dramatically decreases the pressure and can occur death.
3
Internal bleeding may be associated with injuries and illnesses, so the symptoms may have some differences.
4
Pulmonary hemorrhage can occur due to tuberculosis. Some time it is preceded by hemoptysis or minor impurity in the sputum. Subsequently, it is manifested by selection of blood up to several glasses. Bleeding caused by trauma to the chest, accompanied by a feeling of compression of the chest and shortness of breath. This is due to the filling of the pleural cavity with blood.
5
Stomach bleeding can occur with many diseases such as ulcers, tumors, polyps, and occasionally in lesions of adjacent organs – the liver, pancreas, spleen. One of the signs of gastric bleeding is brown and tarry vomiting, abundant stools. With a strong flow of blood acts clammy sweat on his forehead, there is a weakness, palpitations. With the untimely assistance provided from the loss of blood pressure drops, and sometimes to a critical level.
6
Intestinal bleeding often associated with diseases of this organ. When bleeding from the upper intestine stool takes on the color of tar. From the lower divisions, for example, with hemorrhoids or fissures the feces can be mixed with red blood.
7
Uterine bleeding is characteristic of many women's diseases - inflammatory processes of the uterus and appendages, long periods (over 10 days), pathology of pregnancy or miscarriage. When ovarian rupture (due to inflammation or ectopic pregnancy) blood flows into the peritoneal cavity, causing symptoms of acute blood loss.
Note
Internal bleeding is much more dangerous than the outer, because installing them takes a little time. Therefore, when the first symptoms should call an ambulance.
Is the advice useful?
See also
Подписывайтесь на наш канал