How to cook a Turkey

It would seem that difficult to prepare a Turkey. A bird is a bird, cook the same as chicken, and succeed. However, in order not to spoil the dish, you need to know and observe certain subtleties, as Turkey is markedly different from the usual for us chicken meat. 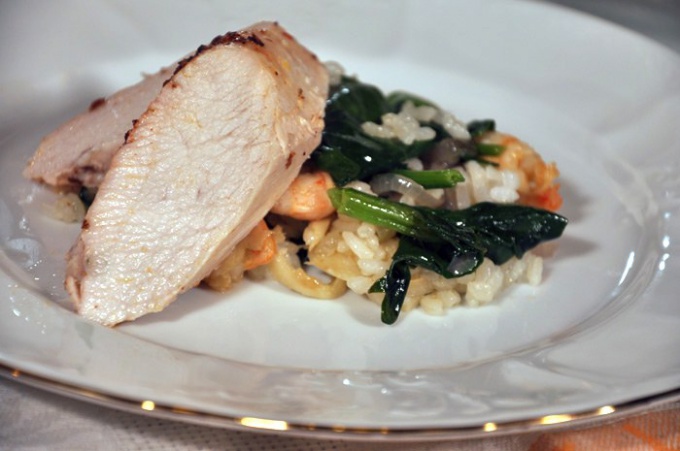 Related articles:
You will need
Instruction
1
Turkey meat is quite dry, almost diet, and also denser than chicken. It follows the main rule: the Turkey is cooked longer than the chicken. To digest also dangerous, as the meat may become tough. So boil the pieces for a half an hour, but if you are going to cook Turkey soup for at least 2 hours so the broth is fatty and rich. For aspic, the meat is cooked any longer than 2.5 hours or more, until the meat easily separates from the bones.
2
Check meat for readiness with the tip of a knife or fork – it should be easy enough to puncture.
3
Usually take for cooking drumsticks, wings, thighs, you can cook a soup out of the back and neck. The more pieces, the longer they will be prepared. The broth, dark meat (drumstick, thigh) can have a specific taste that not everyone likes. To take it and make the meat and the broth is more flavorful when cooked add celery or parsley.
4
If you purchased the carcass of a frozen Turkey, defrost it completely, rinse with cold water and have. Chosen for melting the pieces cover with cold water and put on medium heat. Bring to a boil, remove the foam and add salt. The fire abated to a minimum, so the broth is not boiling, otherwise it will be turbid. Removing the newly formed foam, cook until tender.
5
An hour after the start of cooking you can add celery, parsley, carrots, and onions. Put the spices for a few minutes until tender. Onions and carrots will give the broth a nice Golden color.
6
Cooked this way the meat can be cut into smaller pieces and put in portioned bowls of soup, and you can fry the vegetables in butter until Golden brown. If the pieces of Turkey are quite large and neshie, separate bones from meat and make meatballs or add it in salad or sandwiches.
Note
If you are cooking a Turkey for a small child, and her diet and hypoallergenic meat recommend one of the first to introduce a children's menu, cook it on the secondary broth. After boiling, drain the water, put pieces of meat into clean water as broth to cook.
Is the advice useful?
See also
Подписывайтесь на наш канал