How to lower the temperature of computer

A significant drawback of modern PC components have very high heat dissipation. This applies in particular to the processor and gaming graphics cards. It is not surprising that the system unit can become extremely hot, especially at high loads. And if the frequency of the processor and video card overclocked, the temperature of the computer can rise above the norm. 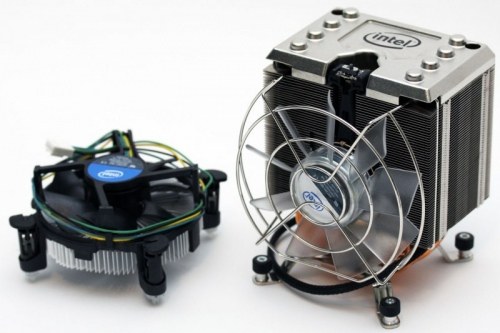 Related articles:
Instruction
1
For cooling components of the computer used radiators, which is attached to the cooler. But over time they covered with dust, respectively, PC components are cooled worse. That's why from time to time need to clean the radiators from dust and dirt. To do this, disconnect the computer from the mains. Open the cover of the system unit.
2
To clean the radiator you can use a damp cloth. The most difficult to clean edges of the radiator. For this you can use a soft watercolor brush. You also need to clean the cooler and cooling. Be sure to loosen the dust from the surface of the motherboard, hard drives, graphics card. As a result of these manipulations, the cooling system will work more efficiently. Accordingly, the overall temperature inside the system unit will be lower.
3
Alternatively, to reduce the temperature you can set the cooling on the hard drives. There are several types of cooling on the HDD. The simplest and cheapest is a small fans that attach on the surface of hard drives. There are more expensive options, such as big radiators, made in the form of a "pocket" into which is inserted the device. Of course, if funds allow, better to buy a radiator. It works silently, coolant level is better, plus eliminates the vibration of the hard disk.
4
To reduce the temperature inside the computer you can also use the replacement of the original CPU cooler, which is installed during Assembly of the PC more efficient. There are many models of fans. More expensive cooling with large radiators and coolers of large diameter. Such fans at a lower speed not only reduces the temperature of the computer, but also make it much quieter.
Is the advice useful?
See also
Подписывайтесь на наш канал